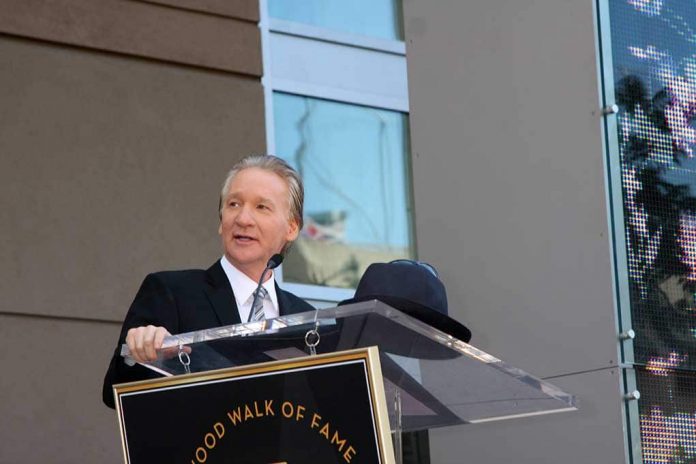 (TheDailyHorn.com) – Love him or not, every once in a while, famed liberal comedian Bill Maher says something that conservatives can get behind. On Monday, September 13, far-left Rep. Alexandria Ocasio-Cortez (D-NY) attended the Met Gala adorning a white dress in red letters clearly intended to provoke people. The gown read, “Tax the Rich.”

Apparently, Maher thinks that AOC’s antics were not only over the top, but also that she lacked the facts to support her claim that the rich aren’t taxed enough. Citing a New York budget deal, the comedian said that 65,000 out of 8 million New Yorkers pay 51% of the taxes. He then highlighted the obvious contradiction in the far-left socialist’s view that the government needs to take more money from the rich.

Maher said the statistics show the rich pay a lot of money in taxes. While he agrees with ending income inequality, the progressive comedian said people like AOC shouldn’t suggest wealthy people don’t pay taxes when they do.

The New York budget that Maher referenced temporarily raises the tax rates to 9.65% on those who make $1.1 million. It doesn’t stop there, as it also raises taxes to 10.3% for those with incomes between $5 million and $25 million. For those making over $25 million, taxes go up to 10.9%.