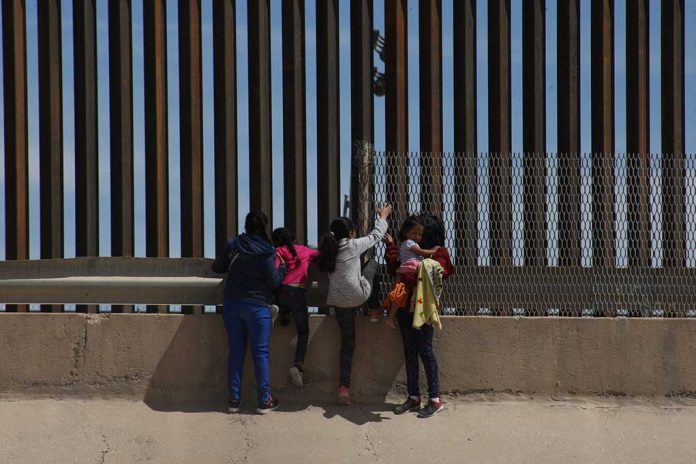 (TheDailyHorn.com) – Eight months into President Joe Biden’s term of office, the border crisis shows no sign of letting up. In the story’s most recent development, thousands of migrants, primarily from Haiti, arrived in Del Rio, Texas, following an earthquake in the Caribbean nation.

Rep. Tony Gonzales’ (R-TX) congressional district encompasses 800 miles of the southern border, including Del Rio. On Wednesday, September 22, Gonzales had an opportunity to talk with Secretary of Homeland Security Alejandro Mayorkas about the Del Rio crisis.

‘You Can’t Bullsh*t Me’: Congressman Whose District Includes 800 Miles Of Southern Border Irate After Call With Mayorkas https://t.co/Mebrc5A9G4

Gonzales is concerned about national security. The Texas Congressman told Mayorkas that while Border Patrol agents are sent to Del Rio to handle the migrant crisis, the rest of the boundary between Mexico and the US in his district is unprotected. The result is an open border that anyone can cross at any time, including criminals intent on hurting Americans.

Mayorkas tried to reassure Gonzales that the situation and the border were under control. The Congressman wasn’t having it. He told the secretary that the border wasn’t under control and that he couldn’t “bulls***” him.

Gonzales said America doesn’t get a second chance if the government makes a mistake. It only takes one slip for a bad person to do a terrible thing. Our leaders must get it right 100% of the time. Right now, it appears that Rep. Gonzales is concerned the Biden administration is failing in this regard, and the country could end up paying for the government’s incompetence.