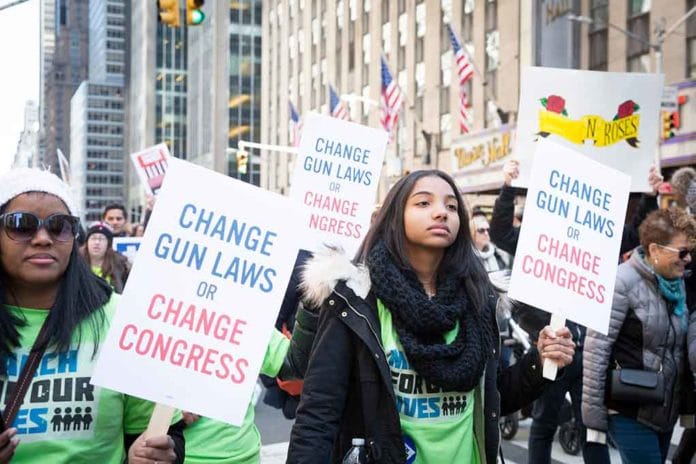 (TheDailyHorn.com) – For nearly two years, the Left has been trying to destroy the reputation of police and defunding police departments in liberal cities across America. At the same time, disturbing trends emerged.

Interesting how the anti-gun Left wants to destroy the Second Amendment until it benefits their safety.https://t.co/rGZFc9n4HN

Since taking office in January 2021, Bush has paid over $90,000 to Peace Security, LLC, for personal security services. So, while she would prefer her constituents to fend for themselves, Bush’s cushy political campaign cash allowed her to pay for all the expensive protection she wanted. The irony is that her actions contradicted the policies she pushed for on Capitol Hill, as her security service provider countered her narrative through conservative Second Amendment commentary on its social media pages.

In 2021, her personal security details became public. When asked why she advocated defunding the police while spending tens of thousands of dollars on personal protection, she told the media and voters to suck it up. She continued by saying the police needed to be defunded.

Advocates for the radical “Defund the Police” movement say that police are systemically racist and need to be disbanded. Yet, they offer no solution to the alleged problem or an alternative for public safety, as evidenced by Bush’s response.