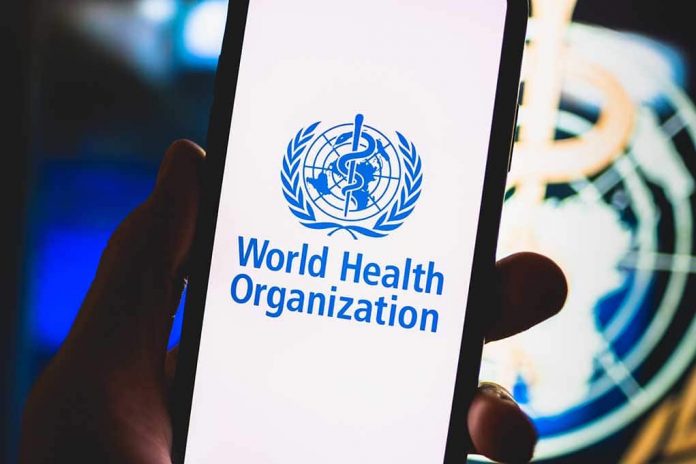 (TheDailyHorn.com) – Former President Donald Trump began to end America’s relationship with the World Health Organization (WHO) in 2020. One of his main grievances surrounded China’s lack of candor with the rest of the world regarding the origins of the COVID-19 virus. Trump blamed the WHO for defending China despite evidence that the pandemic originated there.

Now, WHO COVID investigator Peter Daszak is spreading wild conspiracy theories about the situation in an apparent effort to blame everyone but the Chinese Communist Party.

During a March 10 panel discussion, Daszak claimed a Chinese religious sect called Falun Gong triggered the talk about China hiding COVID-19’s origins. Then, Steve Bannon began pushing the theory on his “War Room: Pandemic” podcast. Continuing, he blamed those efforts for the lack of an ability to get into China and find the source of the pandemic. According to him, all that chatter “has held [those efforts] up.”

The National Pulse elaborated on possible reasons Daszak is spreading those wild conspiracy theories. It recently emerged that Daszak reportedly enjoyed financial benefits from the Chinese government. Additionally, for nearly two decades, he worked with the Wuhan Institute of Virology.

He recently acknowledged that he persuaded his fellow investigators not to look into the wiping of the Wuhan Institute of Virology’s COVID-19 lab data. He said the information was not relevant to their investigation because he thought he knew what was in it.

Whatever role Daszak played or didn’t in the coverup of the pandemic’s origins, his wild theories only serve to continue muddying the water.