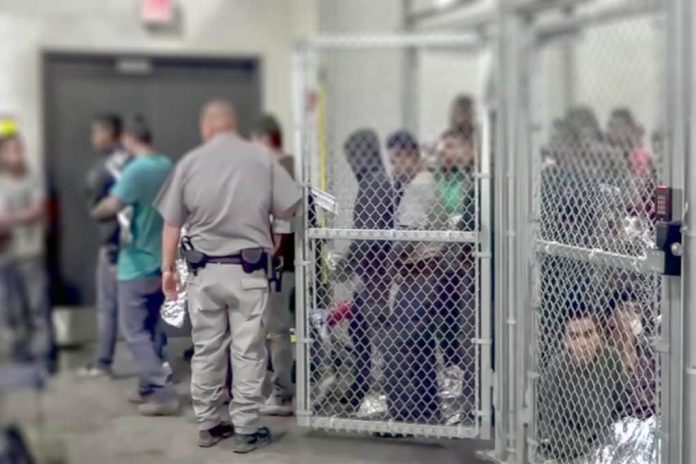 (TheDailyHorn.com) – As the immigration crisis continued to spiral out of control in Texas, Republican Gov. Greg Abbott took matters into his own hands. He ordered state police and the Texas National Guard to the southern border to stem the growing tide of illegal immigrants flowing into the Lone Star State. Since President Joe Biden was refusing to act, Abbott decided he needed to do something to create a deterrent.

With no authority to enforce federal immigration laws, Abbott decided to use state law to arrest illegal immigrants. Police now charge most undocumented migrants with trespassing. However, these efforts have recently met with challenges. On Tuesday, September 28, a state judge ruled that over 220 jailed migrants would be set free.

Why are Migrants Being Released?

It appears that Abbott’s “catch and jail” border policy is holding illegal immigrants longer than state law allows. The 220 or so migrants about to be released served over a month in jail, but prosecutors have failed to charge them with a crime.

According to Texas law, an accused person must be freed from detention on a no-cost or affordable bond if prosecutors fail to file charges quickly. If police arrest illegal immigrants for trespassing, prosecutors must file charges within 15 or 30 days depending on circumstances. Defense lawyers argued that law enforcement violated state law and due process rights with excessive detention periods.

Texas Rio Grande Legal Aid provided defense services for the migrants. The nonprofit advocacy group told Texas state District Judge Roland Andrade that they made arrangements with the Val Verde county district attorney to release approximately 55 illegal immigrants who served more than 15 days. Additionally, the group also made arrangements with Kinney County prosecutors to free 168 defendants who had been in prison for 30 days or more. The judge accepted the agreement and expressed pleasure that all sides worked it out on their own.

Since Abbott initiated the program last summer, state police have arrested approximately 1,000 individuals for trespassing on private property. On Monday, over 900 illegal immigrants were detained in two specially converted prisons.

Abbott’s efforts prove that there are severe limitations on Texas in terms of its authority to curb the illegal immigration crisis when the federal government refuses to do its job of protecting the border. It’s not known what will happen to migrants when law enforcement releases them from prison. Will immigration authorities detain and deport them? Will they be released into the heartland with tens of thousands of others the Biden administration dropped off in cities with orders to visit an immigration court? Who knows what their fate will be in the days ahead?

It’s a difficult challenge for Texas and border states struggling with the unrelenting wave of illegal immigrants. Unfortunately, more trespassers will be released, and the federal government will likely continue doing what they’ve been doing since Biden became president on January 20; that is, not much.