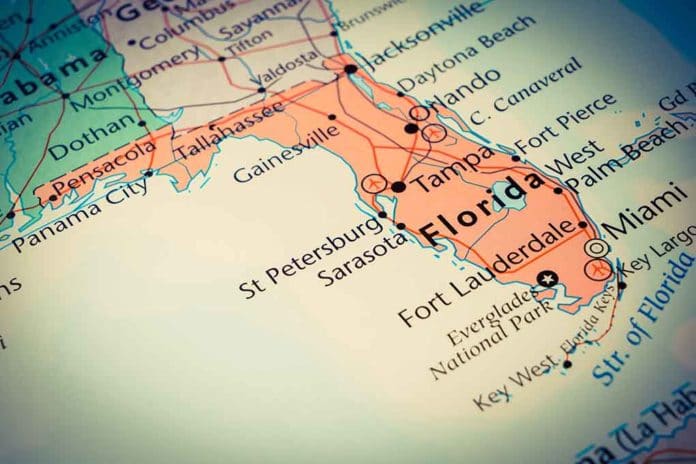 (TheDailyHorn.com) – Governors do not usually become well-known outside of their states, but Florida’s Republican Governor Ron DeSantis has made national headlines a lot lately. He captured attention for his policies during the pandemic, and his approach appeals to many.

A Mason-Dixon poll from February 7 to 10 showed DeSantis is also captivating independent voters. Of the independent voters responding, 61% rated him favorably. Only 32% gave him a negative rating. Seeing independents get behind the governor is a good indicator that his type of conservatism appeals to those outside of the Republican party.

The Florida Politics website, which detailed the new Mason-Dixon poll results, said they are the latest sign that Fla. Gov. Ron DeSantis’ brand of Republicanism is appealing to those outside the GOP. https://t.co/3qWC3eO5ZZ pic.twitter.com/qav8cGZv6G

Rumors are swirling that DeSantis could make a possible run for president in 2024. However, the governor has said he doesn’t have plans to do so. Despite this, the poll is important when considering he is running for governor again.

The poll put him up against three potential opponents, Rep. Charlie Crist (D-FL), Florida Agriculture Commissioner Nikki Fried (D), and State Senator Annette Taddeo (D-District 40). DeSantis came out on top over all of them.

While DeSantis did well with Republicans and independent voters, the survey shows he has some work left to do. He struggled with black voters, receiving only 16% of their approval.

People seem drawn to the governor because of his support for personal freedom among a sea of other leaders pushing draconian mandates. He isn’t afraid to stand up for the rights of parents, and he has been in opposition to President Joe Biden, who is suffering in his own approval polls.