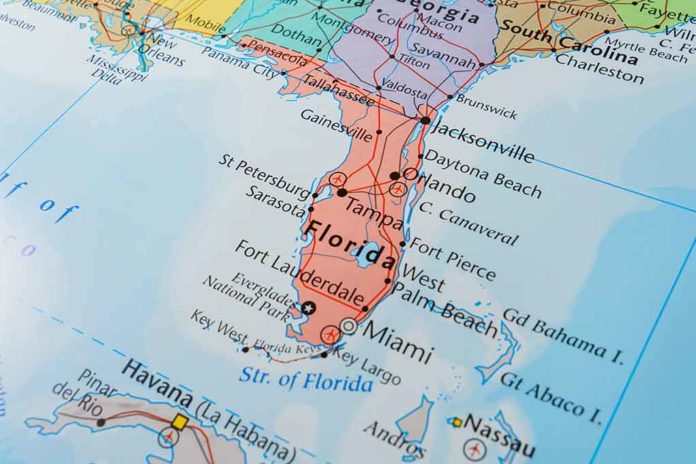 (TheDailyHorn.com) – Every 10 years, the US Constitution requires a census and a redrawing of congressional districts in states to reflect any population changes. In the wake of the 2020 census, numerous blue states, including New York and California, lost seats to GOP-led states. Among them were Florida and Texas.

Since the release of the census, Democrats alleged that Republicans would gerrymander districts in their favor while ignoring efforts by Democrats in New York, California, and Delaware to skew new districting maps.

In January, the Florida Senate prepared to pass a new state redistricting map. Yet, Republican Gov. Ron DeSantis was none too happy with it. So, his administration forwarded a proposed map of the 28 congressional districts to the state legislature. Analysts suggest that the governor’s map unfairly targets Democrats. Twenty of the districts favored former President Donald Trump’s re-election bid in 2020. Eight districts went for Joe Biden.

Northeast Florida is ground zero in the fight. If passed into law, District 5 would likely see current Rep. Al Lawson (D-FL) voted out of office in a more heavily Republican-dominated district. DeSantis said he would veto any map that doesn’t redraw the 5th District.

So, will the legislature pass DeSantis’ map?