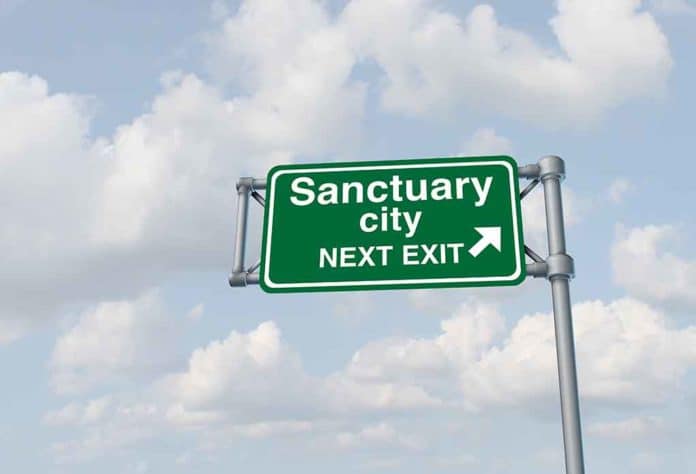 (TheDailyHorn.com) – For nearly thirteen years, minus four during the Trump administration, the federal government under Democratic presidents Barack Obama and Joe Biden refused to enforce federal immigration law. The result was massive caravans of illegal immigrants crossing the US southern border. In the wake of that flood, US taxpayers footed the bill for healthcare, welfare, and a host of other benefits for illegal immigrants. Over the last six months, the media caught the Biden administration chartering flights across the county packed with migrants. Florida Gov. Ron DeSantis (R) says he has a plan to protect Floridians.

On Tuesday, January 11, the popular Republican governor threw red meat at the conservative base to gnaw on. During the annual State of the State address, the governor criticized the Biden administration for refusing to enforce federal immigration law and releasing thousands of illegal immigrants into Florida under cover of night. DeSantis said the federal government was participating in a human smuggling operation and that the administration needed to be held accountable.

The governor proposed that the legislature approve funding to reroute illegal immigrants to states with sanctuary policies. He argued that the Sunshine State should not have to carry the burden of Biden’s lawlessness and open border policies.

Late in 2021, DeSantis said he would ask the state legislature for $8 million to bus illegal immigrants to Delaware, which is Biden’s home state.