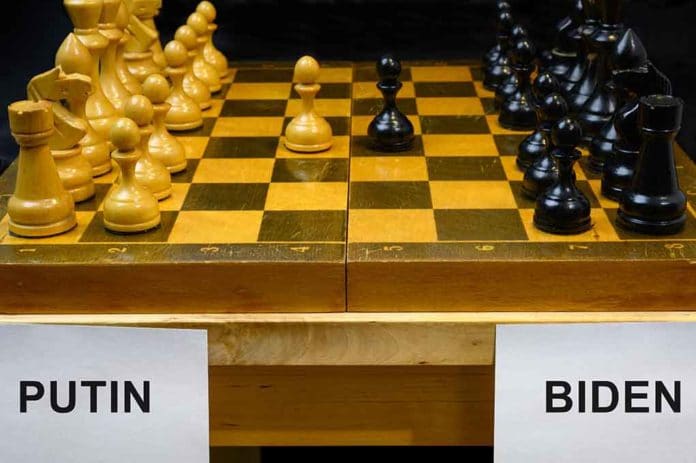 (TheDailyHorn.com) – In December, Russia positioned 100,000 troops along the Russia and Ukrainian border over concerns that NATO could bring Ukraine into its fold and intrude too close to the Russian border. The US says it will not accept Russia’s position to walk away from former Soviet bloc countries. In turn, the Russians stoked international tensions and threatened war and invasion of its former communist state. On Monday, January 10, the US, Europe, and Russia engaged in talks. On Tuesday, Russia said there was not a reason to be optimistic.

The Kremlin said on Tuesday it saw no reason to be optimistic after Monday's talks on Ukraine and wider European security with the United States in Geneva.

On Wednesday, Russian officials said they had no motivation to continue talking about diffusing the situation. The hardline stance came after days of diplomacy. Russian President Vladimir Putin demanded that the US and NATO stop all advancements eastward. As the US and NATO officials rejected Putin’s demands, Russia is amping up tensions in a potential military showdown with the West.

Putin regularly accuses NATO of aggression. The Russian leader said Moscow would pursue a military solution if NATO didn’t back down. Russian officials say they would consider sending military support to Cuba or Venezuela if Washington doesn’t de-escalate the crisis on its western border as a form of retaliation. In addition, Russia says if the US Senate sanctions their country and Putin, it’s akin to breaking off negotiations, and military action could be on the table.