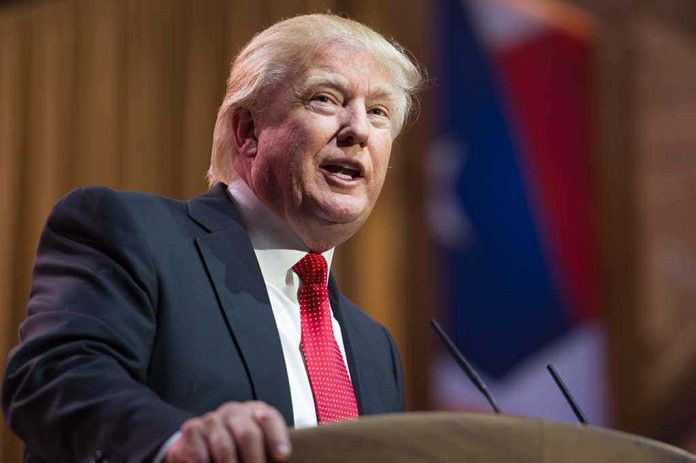 (TheDailyHorn.com) – On January 27, YouTube banned former President Donald Trump in the wake of the January 6 riot after he attempted to upload a video that reportedly violated its terms of service.

On Monday, August 23, Trump’s lawyers asked a Florida federal judge to issue a preliminary injunction and restore his access to the popular video-sharing channel owned by Google.

In court documents, attorneys argued that if the judge didn’t act, it would result in irreparable harm to Trump as a “potential” political candidate and the Republican Party as a whole. The former president filed the lawsuits in coordination with the America First Policy Institute (AFPI). The group’s executive director said that YouTube and other social media platforms fail to consistently apply their terms and services.

Katie Sullivan, the head of AFPI’s Constitutional Litigation Partnership, further argued that the Big Tech companies get people hooked on their services and then choose the winners and losers of society. She compared the Taliban leader’s ongoing presence on the platform and Trump’s ban as an example.

Trump’s lawsuit includes the CEO of YouTube’s parent company, Alphabet, as a defendant. Court papers suggest that the Trump ban is a First Amendment violation because Democrats and members of Congress coerced the tech giant to silence him.

Additionally, the lawsuit claims that YouTube’s failure to apply its terms of service fairly means the social media company deceived its users and violated the Florida Deceptive and Unfair Trade Practices Act.

Former Florida Attorney General Pam Bondi said the issuance of the injunction would revive freedom of speech and accountability on YouTube.