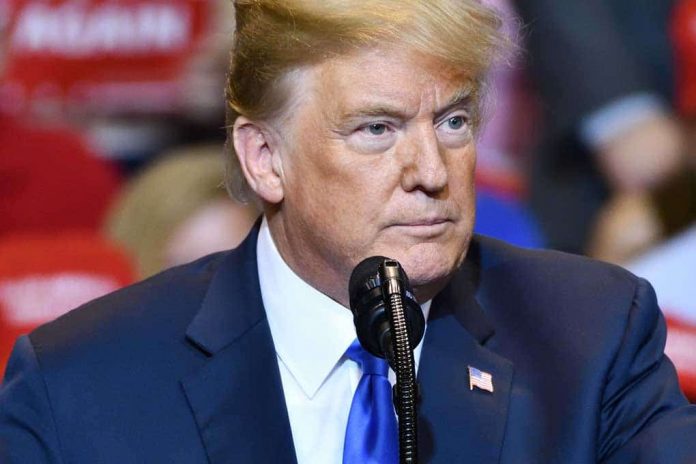 Over the last few weeks, Trump has become more vocal about the issues facing the country. Many are wondering if he plans to run for president again in 2024. For now, it appears the 45th president is adopting a wait-and-see approach.

Under the former president, the border was under control. Trump told Bartiromo that he enjoyed a “great relationship” with Mexican President Andres Manuel Lopez Obrador. He said the Mexican leader put 28,000 soldiers on the Mexico/US border, and they were blocking migrants from Central American countries as well.

As thousands of people, including unaccompanied youths, illegally cross into the United States, the Biden administration is unwilling to admit there is a crisis. Approximately 4,000 migrant children are in custody. Migrants claim they are coming because Biden opened the borders up to them. On Wednesday, March 17, Department of Homeland Security Secretary Alejandro Mayorkas still refused to call the situation a crisis in a hearing on Capitol Hill.

Trump said the entire situation was a disgrace and added that the illegals would destroy the country unless the administration does something to stop it. He warned that the issue was going to get “much worse.”

Immediately upon entering office, Biden revoked the permit for the XL Keystone Pipeline. With the stroke of a pen, thousands of jobs vanished.

Gas prices started to rise immediately after the president ordered a stop to all oil extraction on federal land. In less than two months, gas prices increased by around $1 per gallon.

Trump reminded viewers that America was energy-independent, energy jobs were numerous, and gas prices were low. However, he said gas prices could be set to spike more severely than at any time in recent memory.

Democrats are currently talking about increasing taxes to pay for an enormous $4 trillion bill they plan to roll out later this spring or summer. Trump said the consequences of this would be devastating.

The former president signaled he is not yet willing to say if he will run in 2024 or not. Right now, he’s focusing on helping the GOP take back the House and Senate in 2022. Trump said he’ll decide what he’s going to do after those elections.