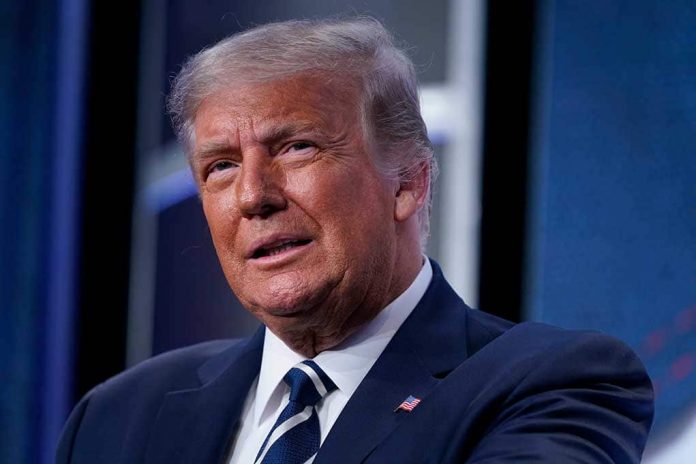 (TheDailyHorn.com) – On Wednesday, September 1, President Joe Biden declared that the evacuation of Americans and Afghan allies, and the withdrawal of the US military from Afghanistan, was an “extraordinary success.” That’s despite the billions of dollars in US military equipment left for the Taliban and Biden’s fake assurances that the US government wouldn’t strand untold numbers of Americans and Afghans in the now terrorist-led country.

45: A heartbreaking loss for the United States and its great Military. We must have hostages released and our Military equipment returned, NOW! pic.twitter.com/jC1EbQzT0z

Despite Biden’s self-proclaimed success, former President Donald Trump released a video that revealed Biden’s mishandling of the botched Afghanistan disaster and the contrast between Biden’s misinformation campaign and the truth.

Trump demanded the immediate return of American hostages and military equipment in a statement accompanying the video release. Many people believe those left behind are no longer “stranded.” Instead, they are hostages the Taliban can use as leverage against the United States.

The video visually contrasts the contradictions of Biden’s declarations with the facts. Either he’s right, or ‘your lyin’ eyes are accurate.’ It can’t be both. Biden says that the Taliban will not use the war-torn country as a terrorist base in the opening scene. In the next shot, a reporter says Afghanistan became a Disneyland for terrorists.

While President Trump advocated for the withdrawal of American soldiers from Afghanistan, he was critical of how Biden ended it. The former president warned the ensuing catastrophe could lead to another terrorist attack in America.