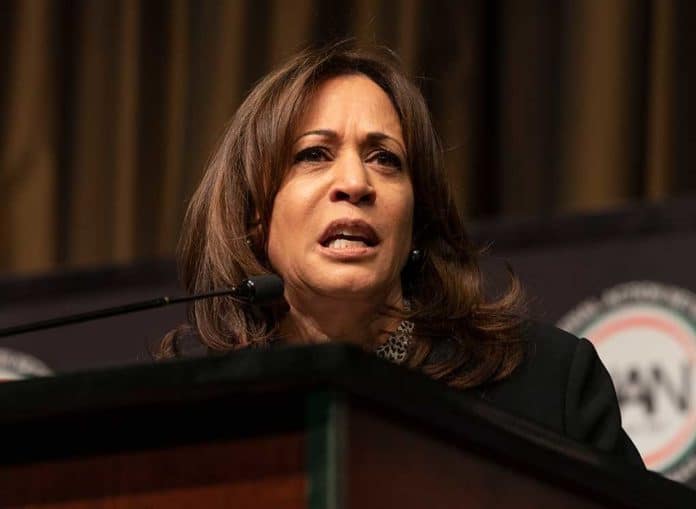 (TheDailyHorn.com) – Over the last six months, Vice President Kamala Harris faced criticism from her staff that her office was in disarray. Some alleged that Harris ignored the information they provided her, and in turn, she blasted them when she came off as unprepared in the media.

JUST SO WE ARE CLEAR — is this the same @JamalSimmons that @VP is hiring as a communications director? Because…#immigration pic.twitter.com/TN9OOLutNh

It appears that Harris’ new communications director questioned why Immigration and Customs Enforcement (ICE) officers didn’t arrest two illegal immigrants who appeared on MSNBC. The Left and immigration advocates are beside themselves. On Thursday, January 20, Simmons will meet virtually with the Congressional Hispanic Caucus in what the White House is calling a mutually agreed-upon meeting.

Simmons has apologized for his 2010 remarks. The VP’s communication director is a longtime Democratic Party consultant who was also a CBS News pundit during the 2020 presidential election. He says he tweeted and spoke often and that, at times, he missed the mark.

Will Democrats hold Simmons to the same standard as if he were a Republican? Don’t count on it. This is just one among a string of incidents plaguing the vice president as questions surface about her effectiveness in the White House.