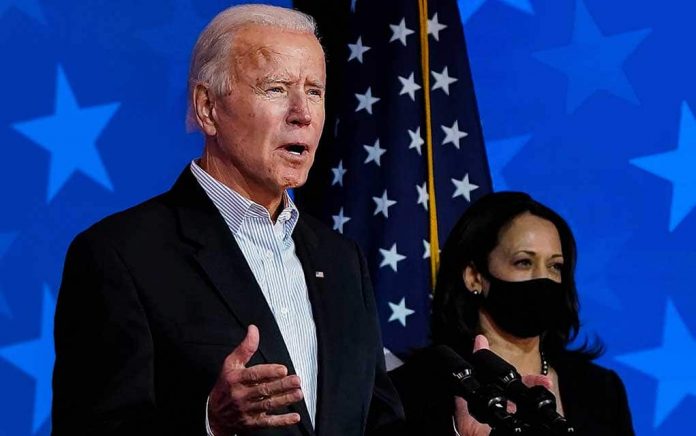 (TheDailyHorn.com) – Joe Biden is only 120 days into his presidency and he’s facing a number of emergencies. New ones seem to pop up almost overnight.

The problems are compounding as the Biden administration does little to face reality and accept that the country is knee-deep in several crisis situations. Republicans are now speaking out about the complete lack of leadership during this critical time.

House Minority Leader Kevin McCarthy’s (R-CA) director of strategic communications, Mark Bednar, circulated an email this week about the current state of the country, highlighting multiple failures. These include issues surrounding the Biden administration’s handling of immigration, unemployment, and the current gas crisis.

The email stated that the problems are key traits of “Biden’s America.” Sadly, the administration has done little to address the issues appropriately. Instead, the White House and Democrats simply continue to suggest things are moving in the right direction.

Biden has taken a wrecking ball to former President Trump’s border security measures. As a result, the number of illegal migrants coming across the nation’s southern border has grown at an alarming rate.

Biden’s solution was to appoint Vice President Kamala Harris to handle the situation. After more than two months, she hasn’t announced any new policies or held any press conferences. She hasn’t even taken the time to visit the border to assess what’s going on.

The Bureau of Labor Statistics recently released its April jobs report to a disappointed reaction from economists. The Dow Jones projected the creation of about 1 million new jobs and an unemployment rate of 5.8%. However, unemployment sits at 6.1%, with only 266,000 new jobs created.

The newest issue to hit this administration is the pipeline cyberattack that has shut down one of the biggest gas suppliers in the country. The attack has led to gas shortages along the southern and eastern coasts. Some states have declared states of emergency due to the lack of fuel.

Denying and ignoring problems that are clear as day seems to be the way Biden’s America is going to work. That’s not a good way to run the country, and it certainly doesn’t instill hope of things getting better.