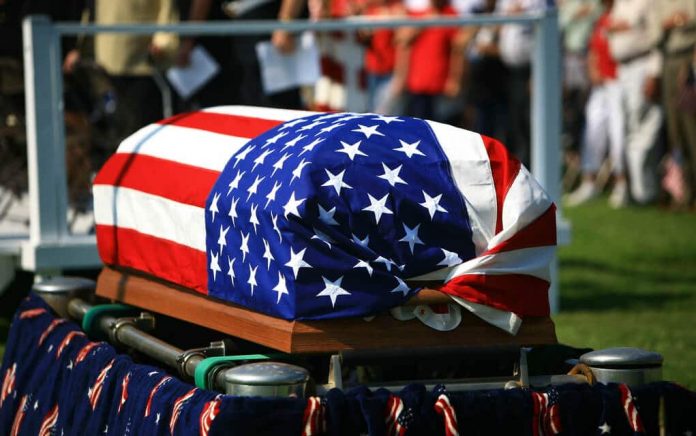 (TheDailyHorn.com) – For one Gold Star mom, there is only one president she believes worthy of attending her child’s funeral. On Thursday, August 26, Shana Chappell’s son Kareem Nikoui died alongside 12 other US service members when a suicide bomber attacked. They were standing guard outside Kabul’s international airport after days of warnings by the State Department that a suicide bombing was imminent.

Days after the soldier’s death, Chappell blasted President Joe Biden for sending her son to Afghanistan to die. In a lengthy Facebook post, the Gold Star mom said Biden “turned his back on him.”

'It would be such an honor': Gold Star mom invites Trump to son's funeral https://t.co/tlAQpbORYa pic.twitter.com/O0NEbXx19y

On September 2, Chappell addressed former President Donald Trump on Facebook. The grieving mother said she would love it if the former president were present at Nikoui’s funeral service. She added that it would be an honor to meet the 45th President and stated that she, and America, loves him.

In a moment Chappell will likely never forget, Trump took the time to respond to her in an email released by his Save America PAC. He wrote the note to thank Shana for the invitation, adding that our country loves her and her son. Trump didn’t say if he’d attend the service or not.