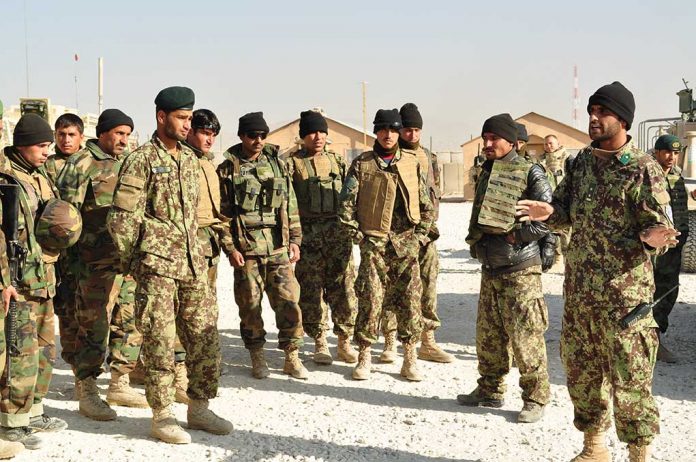 (TheDailyHorn.com) – According to the Department of Defense (DOD), over 800,000 veterans served in Afghanistan over the last 20 years. Each one has a unique story and connection to the cause, as well as the Afghans who aided their missions.

On August 25, a group of Republican lawmakers created a video to thank former and retired service members for their dedication to the United States. Additionally, the Republicans asked those who know veterans to reach out to them as the situation in Afghanistan unfolds. Unfortunately, some may be suffering from poor mental health at this challenging time.

Thank you to all the Afghanistan veterans who've kept us safe. You led the response to 9/11, caught Osama bin Laden, & kept foreign terrorists off our shores.@SenateGOP thanks you for your service.

There are also many veterans across the country who are taking matters into their own hands. Veteran groups across the country are individually or collectively helping their former interpreters escape the Taliban. The former military members use the skills they acquired in the service and their social media savvy as civilians to help their former teammates trapped behind enemy lines.

In many instances, veterans helped plan routes for their former interpreters. In some cases, the vets video-walked their Afghan helpers and families to checkpoints and talked with the Marines standing guard, pleading for their help. But, all too often, it was to no avail.

Regardless, the veterans do what they can to serve their country. So, while America thanks veterans for their past service, it may be time to thank them for their current acts of patriotism as well. Hopefully, they get a chance to enjoy the video the GOP lawmakers created for them.