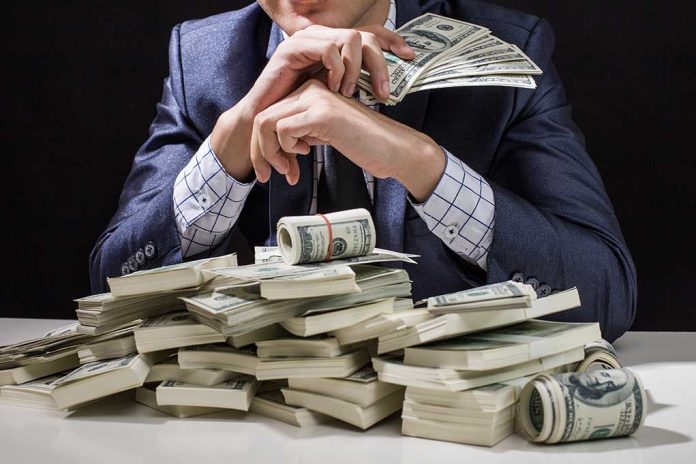 (TheDailyHorn.com) – Is it possible that House Speaker Nancy Pelosi’s days are numbered? While the Democrats under her leadership are pushing on with their far-left agenda, she could be in hot water.

This shouldn’t surprise anyone considering the 2020 election results. Democrats lost moderate seats to Republicans that they were expected to win. They only have a 2-seat majority over the GOP in the House. Moderates who barely survived warned Pelosi after the election that they needed to avoid talk of socialism and defunding the police. Nearly six months have passed, and Democrats have learned nothing.

As a result of the Dems’ rush to pass as much radical legislation as possible, Republican donors and supporters are getting behind their party.

.@tomemmer on why the NRCC's record-breaking fundraising numbers prove Republicans are in position to take back the House & defeat @SpeakerPelosi's socialist agenda in 2022 ⬇️ pic.twitter.com/ZJw4wxxcQx

House Republican fundraising numbers are through the ceiling. The National Republican Congressional Committee (NRCC) reported that it has received the largest donations ever in a year where there are no elections. It brought in a record $33.7 million in the first quarter of 2021. That’s $3.6 million more than any other previous amount. In March, the NRCC raised $19.1 million. To make this even more impressive, the organization has no debt.

It appears GOP voters are motivated and ready to oust Pelosi and her party colleagues. The 2022 election is a long way off, but the money stash says a lot about Republican enthusiasm.