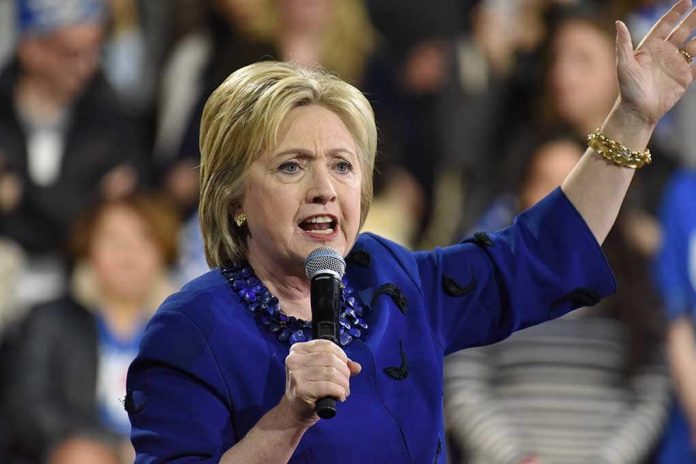 (TheDailyHorn.com) – Hillary Clinton’s back to offer more misinformation and divisiveness. It seems to be a special gift of the former first lady, Senator, Secretary of State, and failed Democratic presidential candidate.

Clinton stated that elected officials who question the 2020 presidential election are helping Putin’s effort to undermine America. She added that some people in the United States were “doing Putin’s work” over the last four years. It doesn’t matter to Hillary that even the suggestion of fraud and mismanagement in relation to the election in 2020 was problematic and eroded trust in the electoral system.

Clinton, and some of her party colleagues, might want to take a look in the mirror. They created the Russia hoax and lied about Trump for years before the truth was revealed that there was zero evidence for the allegations. Regardless, Clinton mentioned that Putin’s work included sowing distrust and divisiveness.