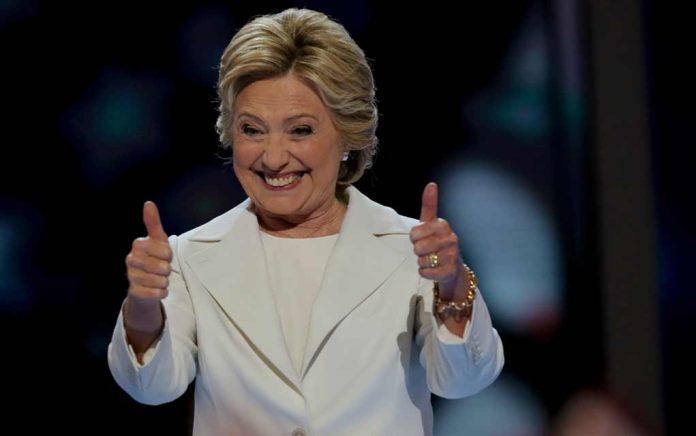 (TheDailyHorn.com) – In the spring of 2020, Democratic governors shut down businesses, quarantined citizens, and executed other extreme COVID-19 mitigation efforts. Since January, President Joe Biden joined them by expanding the federal government’s role in the lives of US citizens. Now, Hillary Clinton is praising Biden for going all out.

In an interview with CNN, the former presidential candidate and Secretary of State said she was “thrilled” that Biden was exploiting the political opportunity to grow the size and influence of government and push the political envelope as far left as possible. Clinton added that citizens need big government as a “partner.”

While Clinton encouraged Biden to go as far left as politically possible, she failed to read the public sentiment. According to a recent Gallup poll, the only ones who seem to like Biden are Democrats. However, the president is deeply unpopular with Republicans at 11%, and 42% of independents don’t approve of his job performance either.

Did anyone expect anything less from her?