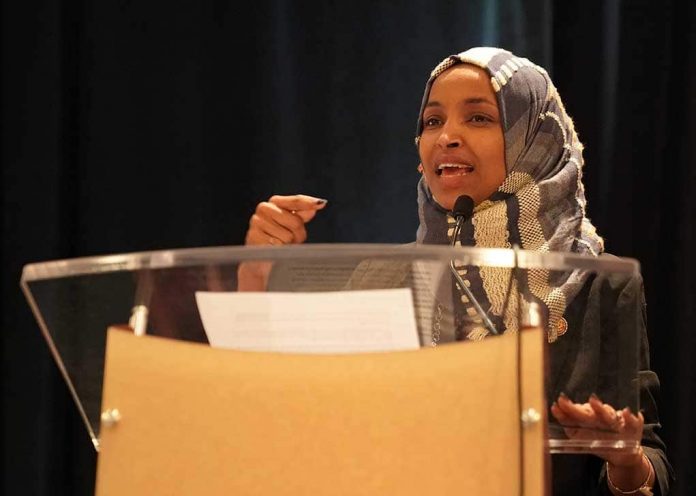 (TheDailyHorn.com) – Over the last year, radical extremist Rep. Ilhan Omar (D-MN) often declared that police needed to be defunded and eliminated. The far-left Democrat routinely accuses police of racism and says that law enforcement as an institution is systemically racist.

Omar was at it again in an August 31 op-ed. This time, she joined forces with Minnesota Attorney General Keith Ellison to endorse a proposal to revise Minneapolis’s charter.

Omar and Ellison support replacing the police department at a time when violent crime in Minneapolis is surging and police presence is dwindling. A Bureau of Criminal Apprehension report says violent crimes increased 16% in 2020 over 2019, and murders broke an all-time record in the city. Arson, vehicle thefts, and theft also increased dramatically.

Omar quoted Ellison’s earlier statement that justice in the conviction of a bad cop in the George Floyd case represented accountability. However, according to the AG, it’s not justice, because that requires restoration.

Merriam-Webster defines justice as “using laws to fairly judge and punish crimes.” It seems that the police officer convicted of killing Floyd is receiving punishment. That reality ought to mean that Floyd and the community received justice.

So, what’s in the proposal for city voters to consider in November? Omar alleges the charter, written in 1961, no longer works for citizens. She and Ellison want voters to retire police departments in favor of professional services such as mental healthcare and social workers. The new public safety system would employ law enforcement, but their roles would dramatically change and be limited in scope.

Will a community experiencing rising crime, which recently petitioned the city council to refund the police, go along with Omar and Ellis’s far-left agenda?

We’ll find out in November.