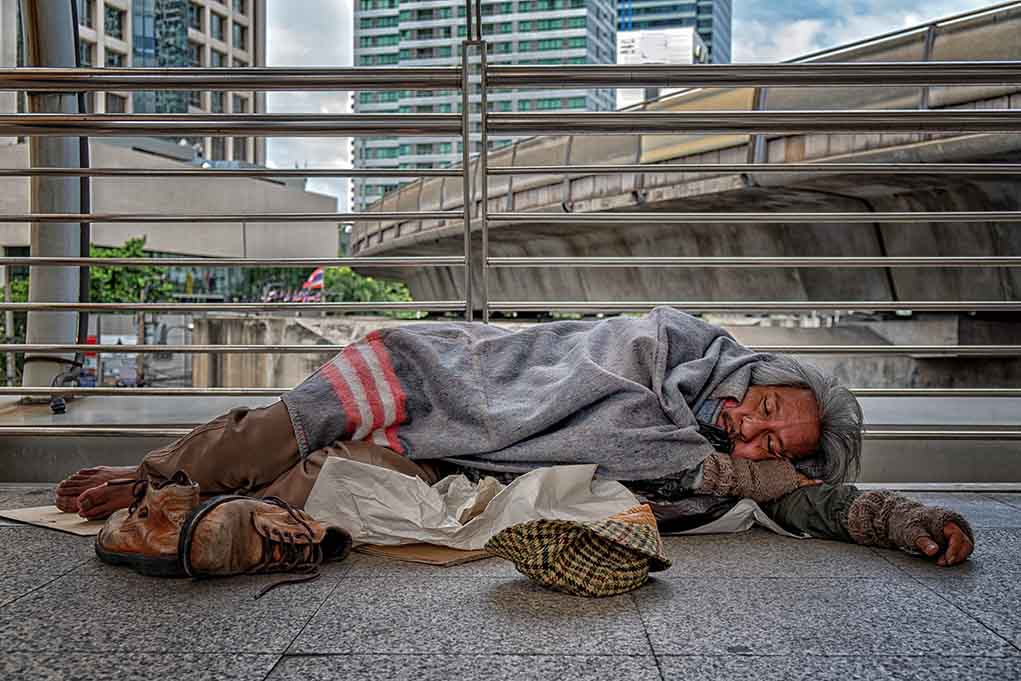 (TheDailyHorn.com) – Much like his former boss, Barack Obama, President Joe Biden has a habit of speaking before he has all the facts. Frequently, the president speaks out of turn to make a political point.

Wait until you see what he does right after bringing the homeless into it.

Talking to reporters in Philadelphia, the president spoke about the evolving situation and admitted he didn’t have many facts about the situation or any information regarding Akram’s motive. However, that didn’t stop him from talking about the subject of the standoff.

Biden suggested (without any evidence) that Akram obtained his gun from a homeless person, and then went on a rant about gun control measures. After making the controversial assertion, the 46th president said background checks are crucial but acknowledged that in a situation like this, where the assailant obtained a weapon on the street, a background check wouldn’t occur.

Biden then stated that too many people were purchasing guns lately. Again, a glaring question is in order; how would a private transaction be counted in gun sales data? Nonetheless, the president said he’s trying to do a whole host of things to get guns and ammunition out of people’s hands.

The standoff ended after nearly 11 hours of negotiations between the FBI, police, and Akram. An elite law enforcement team eventually breached the synagogue. Akram died in the resulting melee, but officers rescued all four victims without incident or injury. The assailant told authorities he wanted to speak with Aafia Sidiqqi, a Pakistani woman linked to al-Qaeda who’s serving a lengthy prison sentence in Fort Worth, Texas.