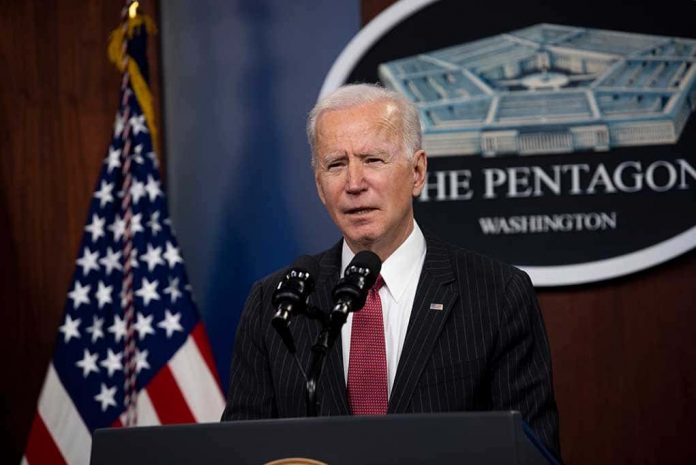 (TheDailyHorn.com) – In August, President Joe Biden staunchly defended his withdrawal from Afghanistan. On August 20, the president said the broad consensus was the Taliban wouldn’t take over Afghanistan in 11 days.

Of course, Biden was wrong. The military had even warned him that the war-torn country would fall quickly. On Tuesday, September 14, the Commander of U.S. forces in Afghanistan, Gen. Austin Miller, told the Senate Armed Services Committee that he advised the president to consider a different approach to Afghanistan, but Biden ignored him.

Biden Was Warned By General In Charge Of U.S. Forces In Afghanistan That Intel Was Bad, Report Sayshttps://t.co/qZjuQWjoRX#AfghanistanDisaster

In a classified setting, Gen. Miller recommended the US military keep a small number of troops in the war-torn country to provide stability in the face of the Taliban threat. When the president announced the military withdrawal in April, the US soldier count in Afghanistan was 2,500. In addition, Miller said he offered no assessment of how long forces would be needed and didn’t put a timeline on the situation.

Most importantly, the general in charge of US forces in Afghanistan said he vehemently disagreed with the intelligence community’s assessment that Afghanistan would fall to the Taliban in 1 to 3 years. Instead, he believed it would come about at a much faster rate. However, once the president dismissed Miller’s views, the general said he was obligated to follow through with the withdrawal regardless of his personal perspective.