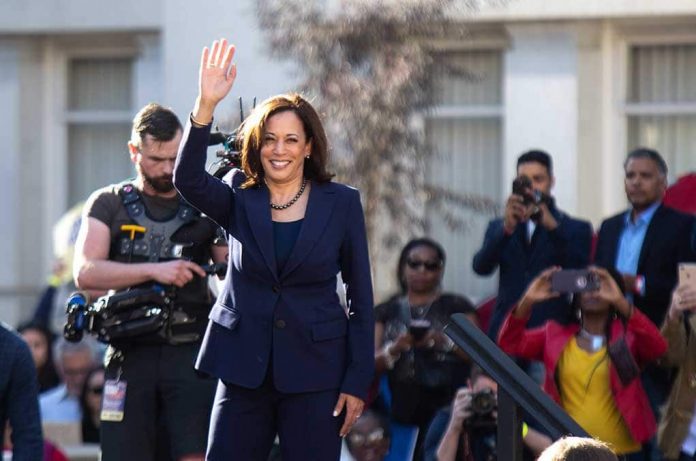 (TheDailyHorn.com) – Despite supposedly being the Biden administration’s lead figure on illegal immigration, Vice President Kamala Harris rarely speaks to the public about the issue. Instead, she likes to busy herself with unrelated engagements.

Now, she’s jetting off to talk with foreign leaders. According to Harris’s communications director Symone Sanders, the vice president will be visiting Singapore and Vietnam in August.

Harris to travel to Vietnam, Singapore in August, marking first trip as vice president to the Indo-Pacific https://t.co/f7SnObDwJX pic.twitter.com/NLV5jeAFw5

Sanders said the VP’s focus would be on regional security, the COVID-19 pandemic, and the Democrat’s favorite issue, climate change. These are all problems Harris seemingly neglects at home as she “talks” to leaders abroad for the second time. In May, Harris traveled to Guatemala and Mexico to meet with both countries’ respective presidents and discuss migration issues. She didn’t appear to solve the illegal immigration on the US southern border during that trip.

In recent months, the United States has sent 5 million doses of COVID-19 vaccines to Vietnam. The country has a population of 100 million, but only around 5.5 million are vaccinated. In contrast, Singapore is 75% vaccinated against the virus.

According to Harris’s spokeswoman, much of the VP’s visit will stress the importance of partnerships in the region. The administration wants to counter the influence of China in the area and promote democracy.

In time, we’ll learn if Harris’s trip was as successful as her Central American tour.