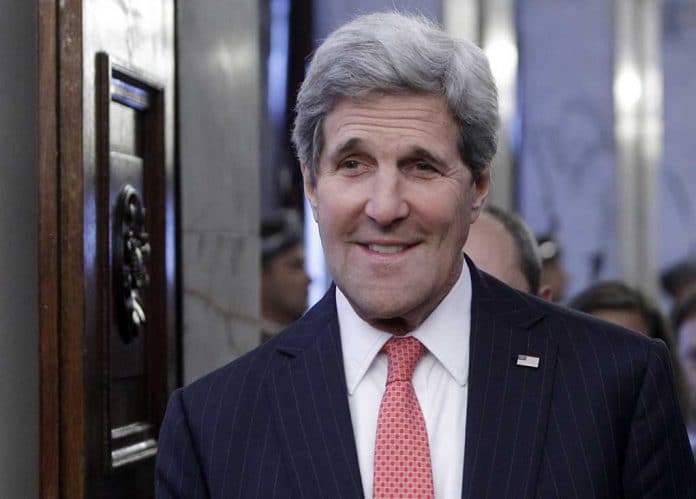 (TheDailyHorn.com) – For years, former Secretary of State and now Biden administration climate envoy John Kerry justified jetting around the world trying to convince countries to join the United States in combating global climate change. Critics accuse Kerry of hypocrisy often and on a grand scale. In a recent interview with Bloomberg, Kerry opened the door to that kind of criticism — once again.

John Kerry said the “biggest thing” he’s doing in his “lifestyle” to combat climate change “is traveling around the world, trying to do diplomacy” on climate. https://t.co/YJvPAe2q5S

Kerry really should think about what he says before the words come out of his mouth. The host asked the climate envoy what changes he’s making in his personal life to help the climate cause. The former secretary of state said he added solar panels to his home, bought electric vehicles, and makes sure to turn off unneeded lights in the house. He said that overall, he’s trying to be more aware of his energy usage. That sounds good and reasonable until it wasn’t.

Then Kerry said the most contradictory thing possible. He added that the most significant thing he was doing was jetting around the world. Did he really say that? In 2018, a study said that private jets emit 150 times more greenhouse emissions than trains. Through August, Kerry’s jet-setting travel emitted more than 30 times the pollutants that a typical car does in a year.

Kerry is known to make serious blunders that cause people to pause. Perhaps he should think before speaking? Then he wouldn’t need to continually defend himself.