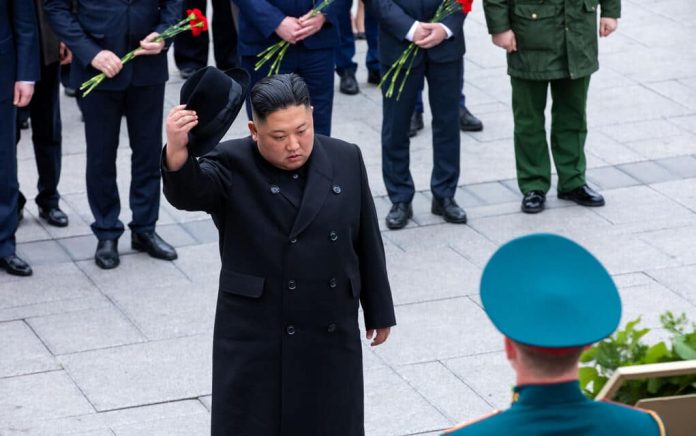 (TheDailyHorn.com) – On Thursday, February 25, North Korea’s state-run media reported that Kim Jong-un chaired a Central Military Commission meeting. The dictator called for his military to exert more control and discipline within its ranks.

Kim accused his military leaders of lacking discipline and failing to set an example for younger soldiers, saying younger officers need stricter controls. The criticism appears to be tailored to his senior military officers as the globally isolated country faces ongoing challenges from global sanctions and the COVID-19 pandemic.

Kim made several significant changes to his military leadership during the commission, dismissing and appointing several high-level commanding officers. The communist leader is working to create new policy goals for the next five years. He made clear he wants to increase North Korea’s military might and develop a stronger nuclear arsenal to protect his dictatorship.

Kim expressed concern about the army’s survival and its ability to succeed politically and militarily if it doesn’t address its shortcomings. This statement may concern the Pentagon, which has watched the rogue nation build its nuclear force over the last twenty years.