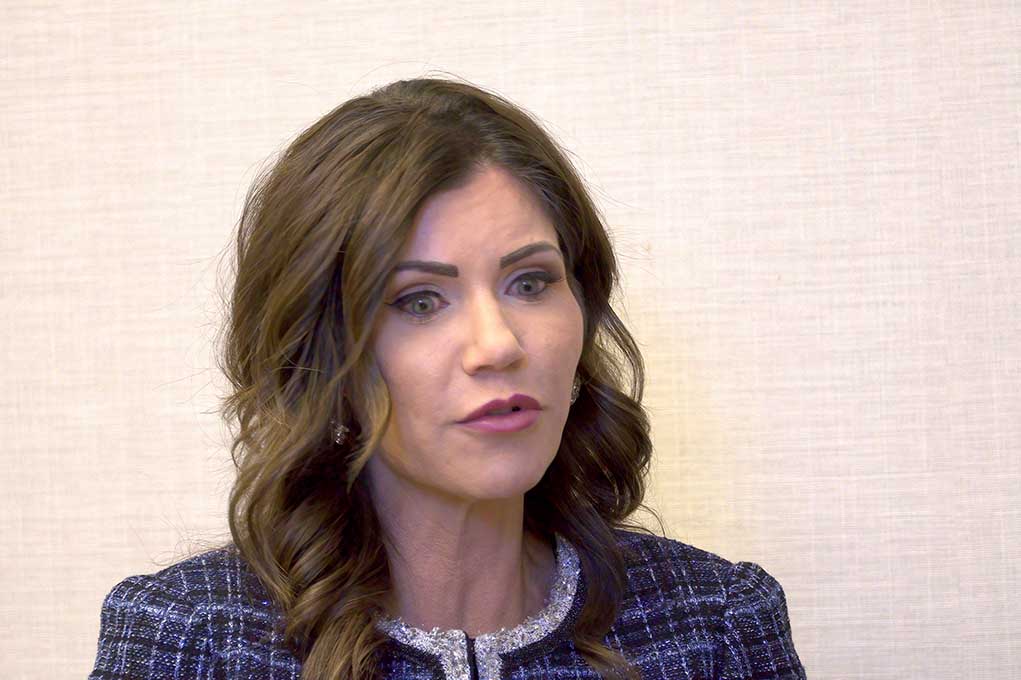 (TheDailyHorn.com) – According to South Dakota Republican Gov. Kristi Noem, there’s clear bias on the part of the media. She’s now speaking out about attacks some outlets have launched on her daughter.

According to the Associated Press (AP), the governor intervened to help her daughter acquire certification as a residential appraiser by holding a meeting with numerous regulatory and state legal officials after the government denied her a license. Four months later, the governor’s daughter received her license. The position pays, on average, $50,000 per year.

Noem says a disgruntled former employee who attended the gathering and filed an age-based discrimination lawsuit against the state made the allegations against her. The governor said the AP took the meeting and her quotes out of context. She added that the news outlet created a partisan political attack against her, using her daughter.

I never asked for special treatment for Kassidy. Others went through the same process that Kassidy did. Here are the facts:

The potential presidential candidate contrasted her situation with those of President Joe Biden and his son Hunter Biden. The president’s son’s laptop contained sketchy information about the “big guy” and questionable business dealings with China and other foreign governments. However, the liberal media ignored the story and declared it untrue despite evidence to the contrary.