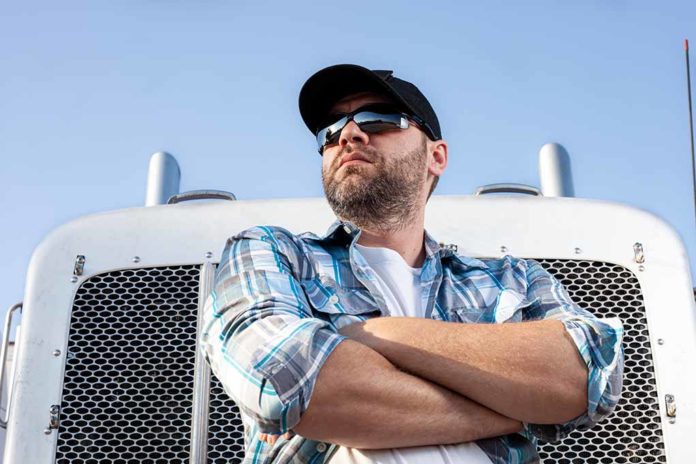 (TheDailyHorn.com) – Over the last fifty years of Joe Biden’s public service as a US senator, vice president, and president, he’s developed a bad habit when it comes to telling the truth. On numerous occasions, the media has caught Biden embellishing, misinforming, or just lying. Some of his statements were serious. Most of the time, the stories were made up on the fly. Some were laughable, leaving people to wonder why Biden needed to stretch the truth at all.

Perhaps Biden is so insecure about getting rich on the public dime that he feels the need to try and identify with the common working person. One of Biden’s fake stories gaining attention is that he allegedly drove a tractor-trailer in the early 1970s. A local reporter from Raleigh, North Carolina, shared his fact check about Biden’s claim. Reporter Paul Specht at WRAL-TV unintentionally made the fact check hilarious.

It wasn’t so much what Specht said but how he said it that got the video to go viral. The reporter said the closest thing they could find to the truth was Biden riding in a tractor-trailer in 1973, at which point he was already a sitting US senator. Specht said Biden’s reference to summer work sounded a lot like another experience the president mentioned in the past about driving a school bus in the 1960s, when he was a college student.

So, what will the next false Biden story be that comes along to make a reporter go viral?