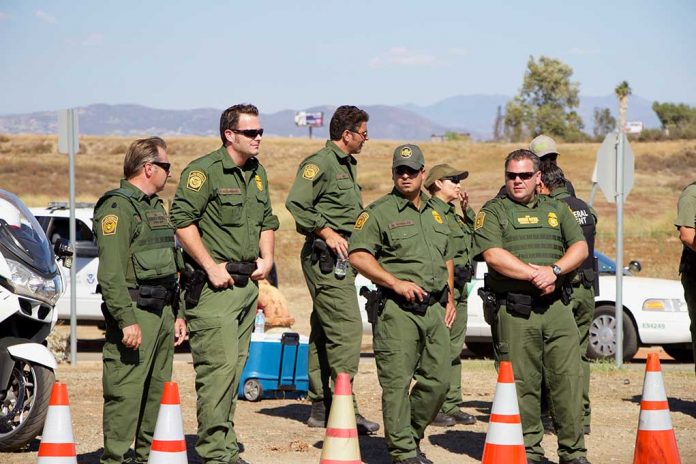 (TheDailyHorn.com) – US Border Patrol agents have a challenging job. On the one hand, they have the job of securing America’s southern border. But, on the other, they work for an administration that appears to value them less than it values illegal immigrants.

On September 19, Border Patrol agents on horseback tried to turn away a stream of illegal immigrants. Reports emerged that agents were using horse reins as whips to deter or injure the migrants. However, a photographer confirmed that the agents were actually using the reins to control their mounts.

JUST IN: Border Patrol agents who President Joe Biden promised would "pay" for their treatment of migrants in Del Rio, Texas, could face little more than a few days suspension if an investigation supports the explanation of officials and agents. https://t.co/4oNw3ORH7f

As the uproar from the Left grew, President Joe Biden promised the agents would pay for their reported behavior and suggested they could lose their jobs. Department of Homeland Security (DHS) Secretary Alejandro Mayorkas implied systemic racism was behind the agents’ actions. Senior administration officials now say the DHS investigation shows the agents on horseback did as the government trained them to do.

The horse unit was not assigned to the Del Rio area bridge but was present as the Border Patrol requested. When the officers heard a radio request, they went to work without receiving clear rules of engagement. It appears the government may punish them with a few days of suspension with pay.

Border Patrol Chief Raul Ortiz supports the agent’s actions and the horse patrols. The Department of Justice (DOJ) is investigating the matter. The DHS Office of Inspector General may also initiate an investigation.

Hopefully, they will go where the facts lead instead of the politics.