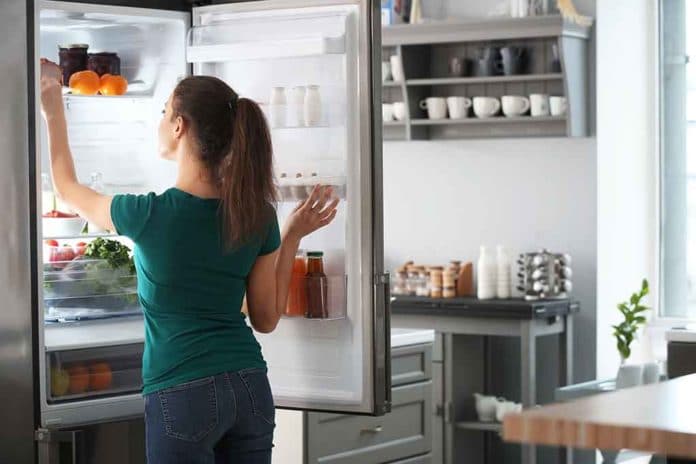 (TheDailyHorn.com) – With all the chaos in 2021, some of the year’s bizarre news didn’t get the recognition they deserved. One such story is about a man, his fridge, and a shooting that left everyone baffled.

On July 24, officers in Yakima, Washington, reported to a home on South Naches Avenue after calls from concerned citizens over gunshots. Upon reaching the residence, they discovered a man outside incoherently yelling. A gun was lying in the street beside him.

Officers took him into custody, fearing something serious was wrong. He told them an odd story. The man said he was filling his fridge with cans of soda when one of them exploded, and the sound scared him. Thinking his neighbors in the basement had fired a gun at him, he reacted in self-defense and shot the fridge.

Investigators realized the story wasn’t entirely true. There’s no doubt the man shot his refrigerator, but it couldn’t have been as a reaction to the actions of his downstairs neighbors because the house had no basement. There were no neighbors. When trying to determine where the man got the gun, he explained he found it a couple of weeks ago in the street.

While the condition of the fridge is unknown, the man is facing charges for discharging a firearm and unlawful possession of a weapon.