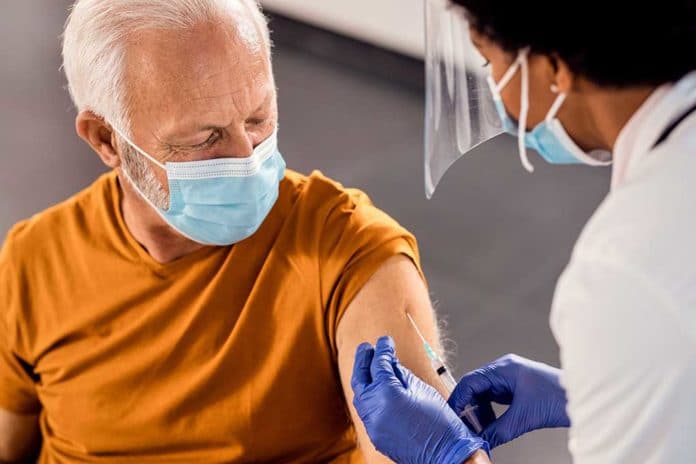 (TheDailyHorn.com) – In recent weeks, it seems some people will do anything to get the benefits of a vaccination card without actually receiving a jab. Recently, the National Football League (NFL) caught several members of the Tampa Bay Buccaneers falsifying vaccination cards. As bad as that is, a dentist in Italy attempted an even more remarkable way of obtaining a vaccination pass without getting an actual inoculation.

‘An Italian man who wanted a Covid vaccination certificate without getting the jab turned up for his vaccine with a fake arm, officials say.’ https://t.co/LYxcVbxm6S

A nurse went to administer the vaccination to the man but quickly discovered something wasn’t right. When she went to jab the dentist, she said his arm felt cold and gummy, and its coloring was off.

At first, she thought it was a prosthetic. It turned out that wasn’t the case. He was wearing a covering over his body that included two rubber foam arms. Ultimately, the dentist admitted he just wanted the completed vaccination card but didn’t want the inoculation against COVID-19.

When local authorities learned of the man’s behavior, they quickly condemned his action. They said he attempted to deceive the public trust. They added that his attempt to use a fake arm was ridiculous, adding that it was unacceptable given the enormity of the sacrifice that so many made during the pandemic.

The dentist may be facing criminal charges.