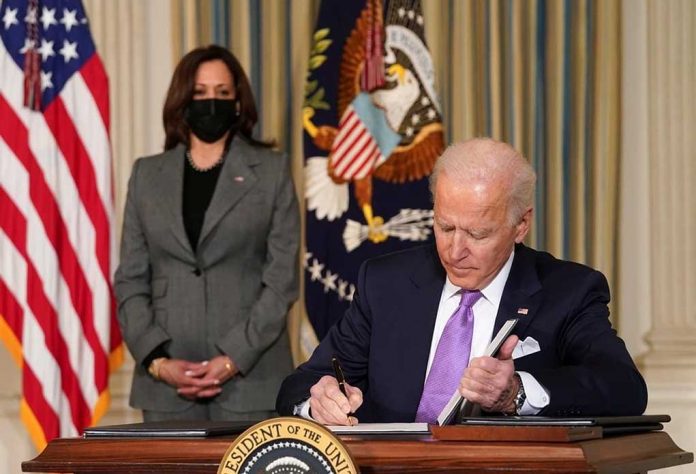 (TheDailyHorn.com) – When then-presidential candidate Joe Biden secured the Democratic nomination last summer, some suggested he might not be a full-term president due to his age. At 78, he is the oldest person to assume the office of president in the United States history.

Some political pundits and politicians have openly questioned who might hold power in the White House if Joe Biden becomes unable to discharge his duties effectively. Rep. Matt Gaetz (R-FL) is one example; he’s wondering if Vice-President Kamala Harris has already begun the “transition” to power.

Has the transition to Kamala Harris already begun? https://t.co/nydNkWRyxz

On Sunday, March 7, the conservative Florida Republican asserted that Biden is not making the decisions on his administration’s foreign policy. This is an odd development, given the fact Biden touted his foreign policy expertise for decades in the Senate. It was the reason why former President Barack Obama chose him as his VP in 2008.

While Biden continues to avoid the press, Harris has recently met with Israeli Prime Minister Benjamin Netanyahu and French President Emmanuel Macron making a good case for Gaetz’s assertion that Harris’ transition to the presidency has already begun.