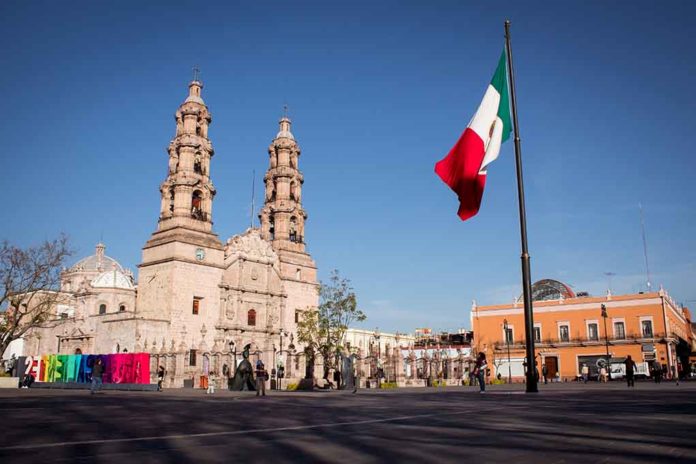 (TheDailyHorn.com) – While the media focuses on the economy, inflation, and the emerging conflict between Russia and Ukraine, illegal immigration is still a major problem on the US southern border.

In recent years, migration by Central Americans through Mexico started taking off by leaps and bounds. Migrant populations are changing and diversifying. More migrants from Haiti, Venezuela, Africa, and other nations far away are seeking to go through Mexico to get to the United States. As a result, Mexican authorities increased enforcement of Mexican immigration laws on their southern border.

Migrants, police clash in southern Mexico as frustrations rise over passage to US border https://t.co/O7eS8FCwH0 pic.twitter.com/dZ3QKrJA2G

Mexico’s armed National Guard is taking control of containing migrants. On Tuesday, February 22, approximately 100 migrants in the southern city of Tapachula demanded that officials speed up their permits to leave so that they could go somewhere else in Mexico or the US southern border.

Officials said the migrants declined to wait outside the permits office when the trouble began. The National Guard deployed officers to squash the protests, which turned violent after frustrated migrants refused to wait their turn. They threw stones and punched members of the Mexican National Guard.

The migrants in Tapachula have been waiting months to secure passage from Mexican officials. Some international rights groups allege that Mexico bottlenecks migrants, violates human rights, and uses excessive force.