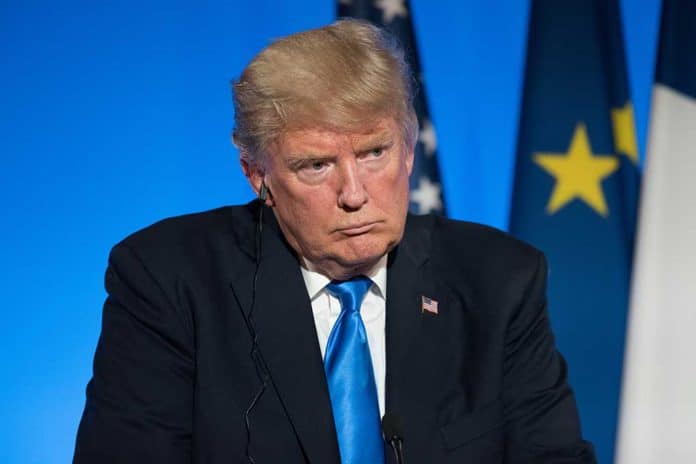 (TheDailyHorn.com) – During the first four years of Donald Trump’s presidency, he and then-Senate Majority Leader Mitch McConnell (R-KY) enjoyed an on-again, off-again relationship. When the two leaders weren’t working together to pass meaningful legislation, they spent considerable time attacking one another. Since Trump left office in January, the hostility seems to have gotten worse after McConnell refused to object to the certification of the Electoral College vote.

McConnell has said Republicans shouldn't make the 2020 election an issue in the upcoming 2022 midterms. https://t.co/sLyH9XVYzn

In August, McConnell was just 1 of only 19 Senate Republicans that voted for the bipartisan infrastructure bill. On Friday, November 5, the House passed the Senate bill and sent it to President Joe Biden for his signature. McConnell’s role in helping pass the bill in the Senate and high praise after the House passed the measure drew former President Trump’s ire. On Wednesday, November 10, Trump ripped McConnell, calling him an old crow for supporting the infrastructure bill.

McConnell appeared to take Trump’s criticism in stride. He regularly states that the Republican Party needs to look forward and prepare to take on President Biden and his plan in the 2022 midterms. The Senate Minority Leader recently said the focus needs to be on the Biden administration’s ongoing reckless actions and the Democratic Congress’ failures and extremist agenda.