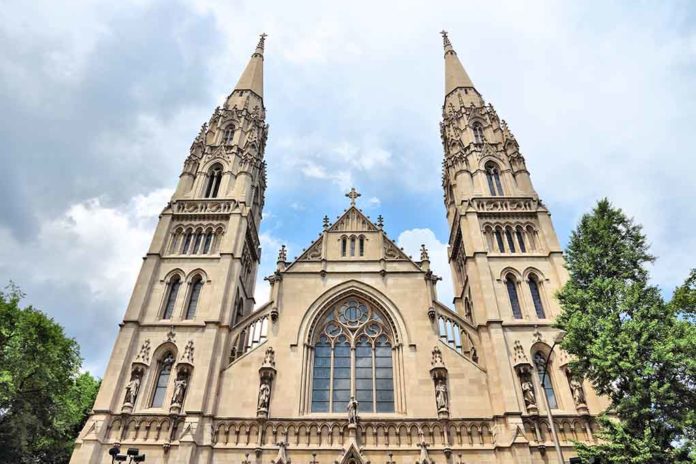 (TheDailyHorn.com) – Over the years, liberal Democrats and the Catholic Church have repeatedly collided over the issue of abortion. At moments, the tension rose to the level of bishops and priests threatening to withhold communion from House Speaker Nancy Pelosi (D-CA). To a Catholic, there are few things more important than the Eucharist.

In May 2021, San Francisco Archbishop Salvatore Cordileone said he had multiple conversations with Pelosi about abstaining from Holy Communion due to her pro-choice views.

“In case you didn’t notice…I’m very Catholic – devout, practicing, all of that. They would like to throw me out, but I’m not going,” Pelosi jokes of Catholics who adhere to church doctrine, “because I don’t want to make their day.”https://t.co/VA9NwdNmLM

On Monday, March 20, Pelosi spoke at an event at the Lyndon Baines Johnson Library about ensuring Roe v. Wade is not overturned by the US Supreme Court. Pelosi said she’s a devout Catholic. As such, it was appropriate for her to have five children. Still, the speaker said what’s right for her may not be for someone else.

The speaker added that the church would love to throw her out, but she will not make their day by leaving.