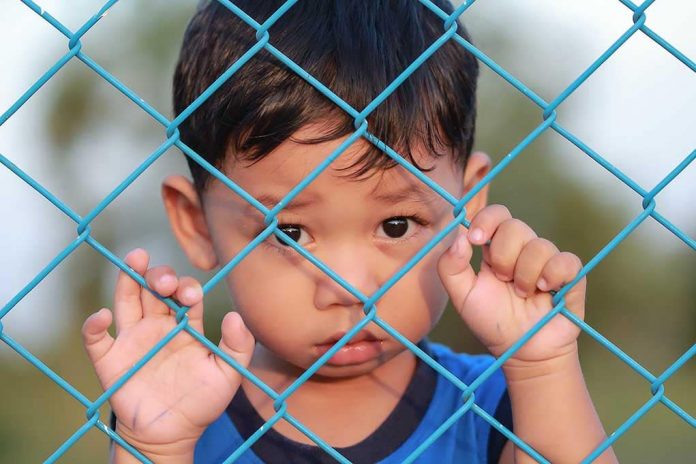 (TheDailyHorn.com) – Remember the Democrats’ outrage when immigrant children were separated from their parents under the Trump administration? Apparently, that outrage only applies when a Republican holds the presidency. The Biden administration currently has nearly 25,000 children in custody, which is a record number.

I would love to hear anyone from the Biden administration try to explain how having at least 25,000 unaccompanied migrant kids in government custody doesn't constitute a crisis at the border. https://t.co/NG28KULArD

The White House dismisses the problem, claiming the former administration created it and also maintaining the children are in much nicer conditions than previously. However, moving them from detention centers is a slow process, simply because there’s no other place for them to go right now.

However, these statements don’t erase the fact that a growing number of children are alone and without their parents in the custody of a foreign government. Plus, the problem keeps growing thanks to Biden’s dismissive immigration policies, which Republicans say are directly to blame.

Despite this shocking statistic, the administration refuses to admit there is a crisis at the border. It keeps allowing unaccompanied children into the country with no plans in place around what to do with them after they arrive.