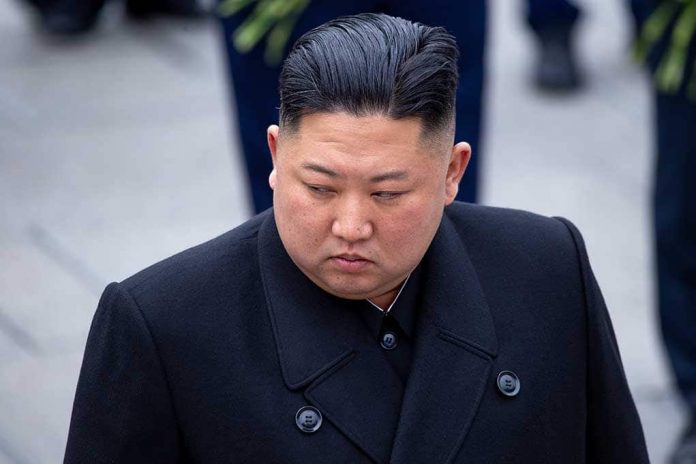 (TheDailyHorn.com) – The United States pursued harsh financial sanctions to prevent North Korea from developing and obtaining a nuclear weapon for the last couple of decades. According to a British think tank, that effort appears to be failing.

In October, the rogue communist nation unveiled a long-range nuclear ballistic missile during a parade of its 75th anniversary. The International Institute for Strategic Studies believes dictator Kim Jong-un owns eight nuclear intercontinental ballistic missiles that can hit the United States and continues to build his military arsenal and capabilities.

More Biden today alongside Moon: “What I would not do is what has been done in the recent past…I would not give him [KJU] all he’s looking for, international recognition as legitimate…”https://t.co/2Ve7kU9I53

There’s a saying that it’s better to keep one’s friends close and enemies closer. In 2018 and 2019, former President Donald Trump tried to move America into a different diplomatic position where North Korea was concerned. Instead of locking out the North Koreans, Trump met with Kim three times, a first for an American president. Trump focused on denuclearization.

It appears that President Joe Biden is abandoning those diplomatic efforts and returning to previous hard-line positions that would alienate North Korea once again.

If Biden’s positions seem a bit confusing, it’s because of his candid doublespeak. On the one hand, Biden said that, unlike Trump, he would never meet with Kim. On the other hand, if there was a commitment to denuclearization, Biden said he would consider meeting to discuss the issue.