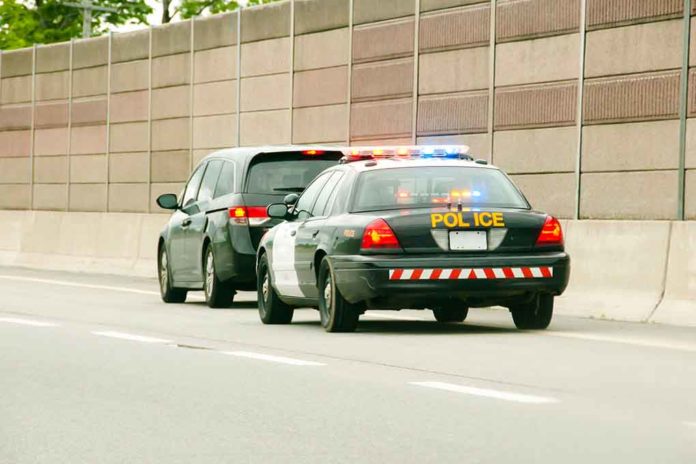 (TheDailyHorn.com) – At what point is an action irresponsible? That’s a thorny question when it comes to leaving children home alone. Yet, when it involves a selfish parent doing something illegal, the issue quickly becomes black and white. A 27-year-old Oklahoma City mom is facing jail time after she left her children to go to a bar and returned home drunk.

Perla Aguilar was evidently intoxicated as she spoke with police. Officers said her speech slurred as she explained what she was doing. Police arrested Aguilar for DUI, but that wasn’t all.

It appears that Aguilar regularly left her three children home to fend for themselves. The mother apparently put her nine-year-old daughter in charge of her siblings, ranging in age from eight, five, and nine months old. Police say if the eldest child could handle the responsibility, it’s a gray area. In this case, the child didn’t know what to do.

A neighbor says she believed Perla’s sister called the police. When they arrived at the home, officers discovered the nine-month-old sleeping face down. The oldest said she fed the baby some pizza, not knowing what else to give the little one. It was 35 degrees outside, there was no running hot water, and the inside of the house was cold.

Aguilar was charged with child neglect, driving under the influence, and driving with a suspended license. She’s in jail, and her kids are in the custody of another family member.