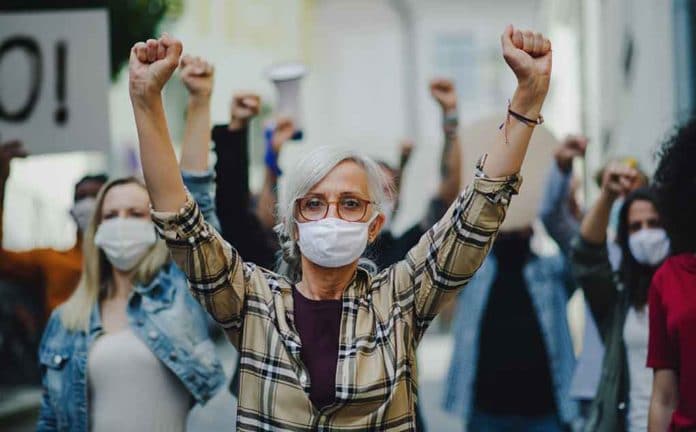 (TheDailyHorn.com) – It’s a good thing Dr. Anthony Fauci is not running America. For over a year, the nation’s leading infectious disease doctor has declared that he does not look at the response to the pandemic as a liberty issue.

When the founders ratified the Constitution in 1787, they didn’t want any one person or group of people to have the authority to restrict American’s liberties, as outlined in the Bill of Rights. It’s the reason checks and balances exist. The Founding Fathers certainly didn’t want a non-elected official leading the country in an authoritarian fashion.

Don’t tell that to Fauci. He doesn’t seem to care about liberty. On Wednesday, December 8, he told MSNBC that vaccinations and public safety supersede individual choice, despite recent federal court rulings stating otherwise.

It appears it’s not just the federal courts that are lining up against Fauci. A few Democrats are joining Republicans in disagreeing with the government’s senior infectious disease doctor’s assessment.

Fauci’s job is to understand science and make recommendations to elected officials, not to dictate policy. It’s up to Congress to decide the rules and the executive branch to enforce them, within Constitutional boundaries. In 2020, the US Supreme Court reminded local, state, and federal governments that harsh measures against churches violated the Constitution. This is a lesson that Fauci continues to dismiss.

Even Democrats are Changing Their Tune Regarding Vaccinations

Over the last few weeks, federal courts placed injunctions on three of President Joe Biden’s vaccine mandates. The first was for employees and contractors of the federal government, the second was for healthcare workers and those who work in nursing home care, and the third was a broad workplace safety COVID vaccination and testing mandate.

Some prominent Democrats now see the writing on the wall and are beginning to shift away from the president and his potentially illegal vaccine mandates. On Monday, Michigan Democratic Gov. Gretchen Whitmer publicly came out against Biden’s directive. She warned that Biden’s rule could harm the function of state government if it must fire unvaccinated workers.

While Fauci may believe the government can suspend personal choice, he’s on the wrong side of the Constitution and the growing political backlash against his views. In the coming weeks, it may be a moot issue if the courts determine once and for all that Biden’s mandates don’t hold up to Constitutional review.