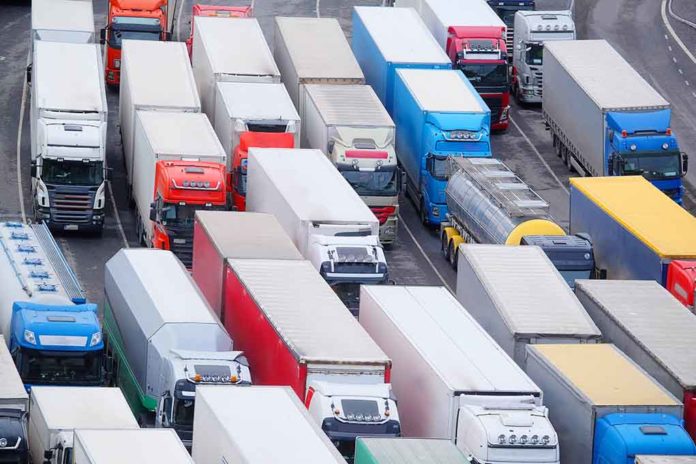 (TheDailyHorn.com) – In January and February, truckers from across Canada converged in Ottawa to protest the government’s continued COVID-19 mitigation orders. They brought supply chains to a standstill. As a result, Prime Minister Justin Trudeau initiated emergency powers to shut down the protests.

In America, 59% of US voters told Rasmussen that they supported the Freedom Convoy protest, and 60% of independents said they would support a truck convoy in the United States.

It appears they got their wish. Several truck convoys expect to merge in Washington, DC, around March 1. Ahead of a possible massive protest by truckers, Defense Secretary Lloyd Austin authorized 400 non-weaponized National Guard soldiers to deploy in Washington, DC. The DC Metropolitan Police Department and US Capitol Police requested the National Guard assistance.

According to Maj. Gen. Sherrie L. McCandless, the National Guard’s mission is to offer support at traffic posts by deploying tactical vehicles to stop mass truck gatherings, conduct command and control operations, and cover police sustainment requirements. The deployment will begin on February 26 and end on March 7.

Organizers of the truck convoy say they intend to obey all laws, act peacefully, and will not go into Washington, DC. Yet, some truckers say it’s possible they could block traffic on the Capital Beltway around the nation’s capital.

Man Stabbed for Not Saying “Thank You”