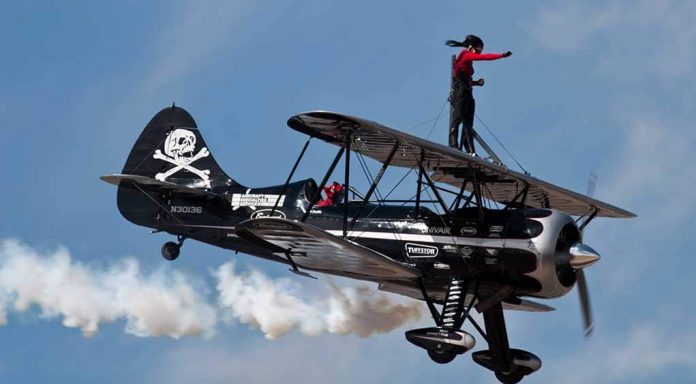 (TheDailyHorn.com) – Some people live for the thrill of danger. For them, taking risks is necessary to live life to the fullest.

On Saturday, September 4, professional stunt and race pilot Dario Costa dared the odds to achieve what some said was a near impossibility. The 41-year-old climbed into his modified Zivko Edge 540 race plane and flew at a breakneck speed of 150 miles per hour through not one but two massive tunnels in Turkey.

The tunnel passes, as they are known, are rarely attempted, and for a good reason. There were only 4 meters from the wingtips to the edge of the concrete walls on both sides, and the overhead clearance was extraordinarily tight. If you’ve ever been in a tunnel, you know that sudden pressure changes create wind flow. Airflow changes can be deadly when there is little room for error in a plane speeding through a tightly enclosed space.

One of the most dangerous moments of the flight occurred when Costa exited the first tunnel on his way to the second, as the daring pilot had to contend with challenging crosswinds. With little room to spare, Costa successfully navigated the entrance into the second tunnel.

Once into the second shaft, Italy’s only Red Bull air race champion emerged seconds later on the other side. The amazing pilot pulled his plane into a loop in a show of victory before landing. The flight distance was just under 1.5 miles and took only 44 seconds. Costa set five Guinness World Records with his daring feat.