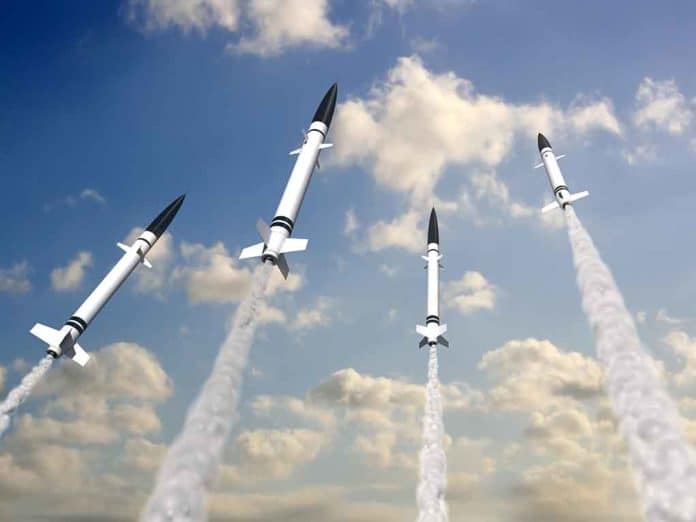 (TheDailyHorn.com) – Everything old is new again, including the threat of mutual nuclear destruction, it seems. Russia launched a test flight of its newest Sarmat intercontinental ballistic missile on Wednesday, April 20, after notifying US officials per the New Strategic Arms Reduction Treaty (START).

Russian army personnel launched the 200 metric ton missile from the Plesetsk Cosmodrome in far northwestern Russia to a landing site on the Kura firing range on the Kamchatka peninsula in the country’s extreme northeast.

In televised remarks, President Vladimir Putin congratulated the army on the successful test flight, remarking the new weapon would make enemies “think again” before attacking Russia. Putin lauded the new missile as an incomparable weapon without “analogues in the world,” according to Reuters.

On the other hand, Pentagon representative John Kirby seemed to play down the new missile, indicating Russia notified the US of the routine test launch. He said Pentagon officials didn’t see the launch as a threat. Likewise, Julian Lewis, a UK intelligence specialist, indicated this weapon, like so many others before it, is overkill when both the US and Russia can annihilate the planet several times over and neither can defend against the other’s capabilities.

William Alberque, a London-based missile expert, suggested Putin was using the flashy new weapon to garner attention and stay in the world spotlight. Military affairs analyst Brad Lendon believes the success of the new missile system draws attention away from the battlefield failures in Ukraine. Phillips O’Brien, a strategic studies professor at the Univerity of St. Andrews, concurs and points out the irony of Putin using a tactic employed by Hitler when Germany was faring poorly. Putin’s pretense for invading Ukraine was denazification, after all.

So, will children be starting duck and cover drills again soon or has 60+ years of nuclear proliferation made us a bit less jumpy?