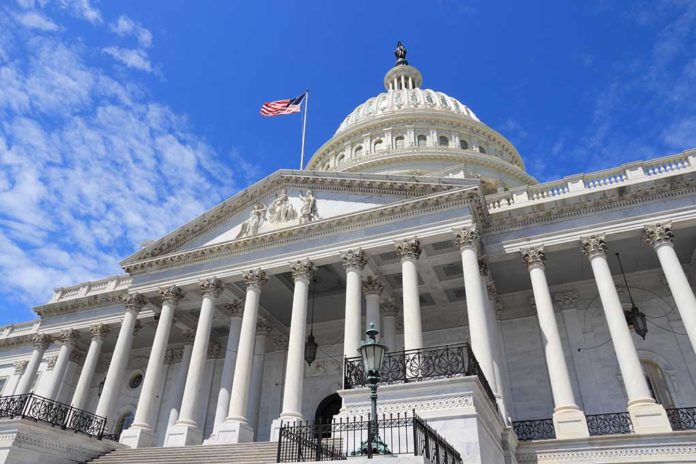 (TheDailyHorn.com) – Many consider Jacob Chansley the face of the riot on Capitol Hill on January 6. Chansley is also known as the QAnon Shaman; on that fateful day, he wore a horned headdress and no shirt and adorned his face with red, white, and blue paint.

In January, Chansley was arrested and served 317 days in solitary confinement due to COVID-19 prison protocols. He pleaded guilty to one count of obstruction of an official proceeding which carries a penalty of up to 20 years in prison and a $1 million fine. On Wednesday, November 17, a federal judge sentenced Chansley for his crimes.

US District Judge Royce Lamberth sentenced Chansley to 41 months in jail for acting as the face of the riot that temporarily halted Congress from fulfilling its Constitutional obligation to certify the Electoral College vote count. Prosecutors said Chansley was the flagbearer of the riot.

Addressing the court, Chansley took responsibility for his actions. He stated that men of honor admit to themselves and the public when they behave wrongly. He said he wanted everyone to know that he was wrong for entering the Capitol building. While confessing to the crime, Chansley also stated he’s not a dangerous criminal, insurrectionist, or domestic terrorist. Instead, the convict said he’s a good man who broke the law.

Judge Lamberth said Chansley’s comments were the most remarkable of any he ever heard as a judge of 34 years. A remorseful Chansley told the judge he could guarantee it would be the last time he went to prison.