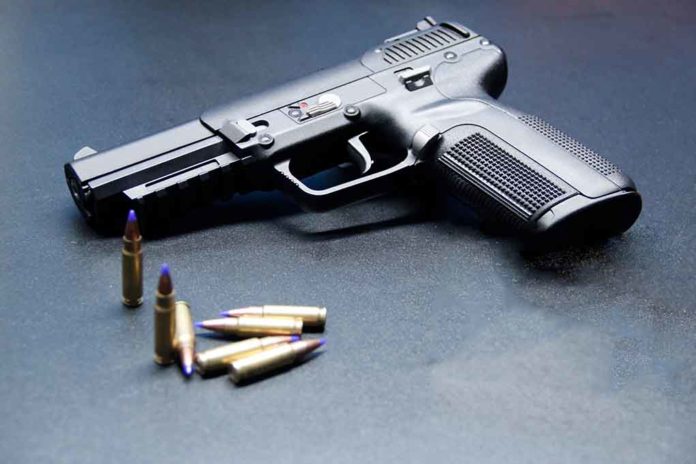 (TheDailyHorn.com) – The Republican-led Ohio state legislature is working to make it easier for law-abiding citizens to use their Second Amendment rights in public schools. The GOP is working to pass a measure to make it faster and easier for school teachers to carry firearms in schools.

Republicans want to reduce the current required gun training time necessary to obtain a gun license after the state supreme court ruled earlier this year that school employees must undergo police-level training to carry a firearm in public schools.

Sooo… we're gonna have wall-to-wall coverage and cameras in the Ghislaine Maxwell trial too, right?

A proposed measure passed by the Ohio House 59-33 would undercut the state supreme court ruling. The legislation would require school employees to complete an eight-hour concealed-carry gun training course, an extra 18 hours of general training, and two hours of handgun training to carry a firearm on campus.

Republicans argue the provision would send power back to school districts to decide what’s best for their communities. GOP leaders say they want students and school officials to feel safe, and the bill accomplishes that goal. Democrats argue the legislation fails to protect anyone, and the training requirement in the bill is inadequate.

In April. State GOP Rep. Thomas Hal (R) introduced the legislation. His father served as a school’s armed resource officer in 2016. The state representative said his dad chased an active school shooter in 2016. While law enforcement ultimately arrested the shooter and no one was hurt, Hal said that people’s lives were in danger, and the school was helpless to stop the situation as one law enforcement officer isn’t enough to protect vulnerable schools from a shooter.