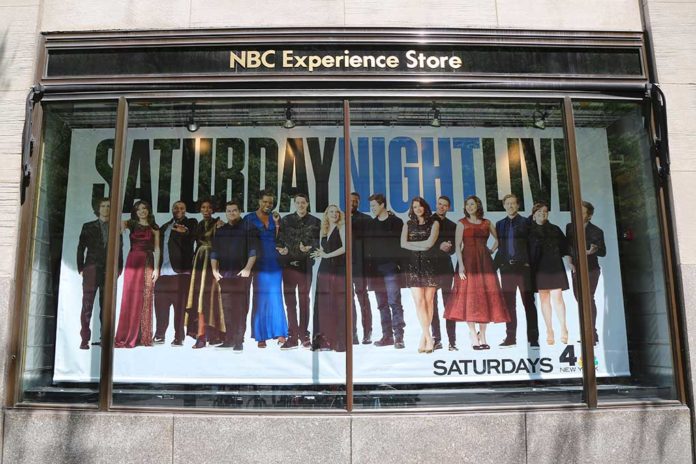 (TheDailyHorn.com) – There was a time when Saturday Night Live was the standard bearer for late night comedy. The show hosted such greats as John and Jim Belushi, Chevy Chase, Billy Crystal, Mike Myers, Adam Sandler, and the list goes on. When was the last time multiple generations knew an SNL actor’s name? It seems like it’s been awhile. Perhaps it’s for a good reason. On Saturday, December 11, the famed show did something horrific. It’s almost unspeakable, and it certainly wasn’t funny.

EXCLUSIVE: Nydia Stone Speaks Out After SNL Demons "Joke" She Should be Gang-Raped in a Corner Numerous Times https://t.co/IYjVNhCah9 via @gatewaypundit

SNL “Weekend Update” anchor Michael Che elicited growls from the live audience with the joke in question. Che was aiming a gag at long-time Republican strategist Roger Stone, who is facing a subpoena arising from the January Select Committee investigation. Stone is refusing to cooperate with the partisan investigation on Capitol Hill. Che remarked that Stone wouldn’t cooperate with the committee, but he’d sit in a corner and watch the committee members take turns with his wife.

Nydia Stone is currently wrestling with Stage 3 lung cancer. Needless to say, when she heard about the vile skit she responded in kind. Mrs. Stone said it appears that the Me Too movement is only applicable if the victim of an offense is a young, liberal, white, female. She said SNL stooped to a new low insinuating that she should be sexually assaulted while she’s fighting for her life.

SNL’s ratings are in freefall. In October, the show’s ratings dropped 50%.

Can it go any lower?