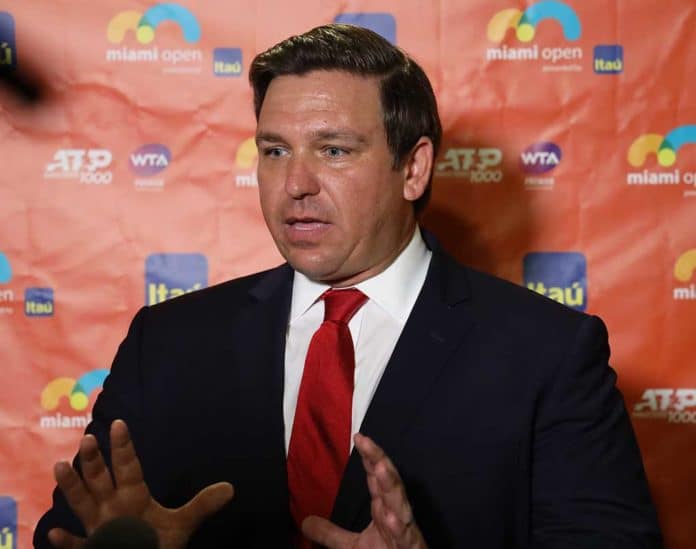 (TheDailyHorn.com) – Across the country, several Democratic-led states and large cities defunded their police departments in 2020. The result was a massive crime wave that left Democratic leaders scrambling to put some of the diverted funds back into police budgets. One Republican governor took a completely different stance. Florida Republican Gov. Ron DeSantis is trying to entice dissatisfied police from Democratic areas to come and work in Florida.

DeSantis proposes pay increases for Florida officers amid push to recruit cops from out of state https://t.co/icgh6PFTZI

On Monday, November 29, DeSantis proposed that Florida increase the pay for law enforcement officers statewide. The governor proposed that the legislature:

In addition to law enforcement, the governor also recommended increases in pay for state correctional officers and those who work in the Department of Juvenile Justice. Specially designated firefighters would get a $2,500 bump in salary as well. DeSantis also proposed that first responders such as firefighters, paramedics, EMTs, and law enforcement officers would get a $1,000 bonus.

DeSantis is requesting the legislature fund $400 million in new spending. Lawmakers will take up the proposal in the next session, which begins on January 11, 2022.