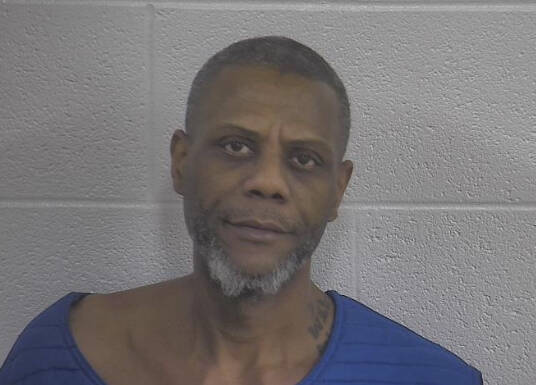 A traffic stop in Kentucky took an unexpected turn when the driver, instead of complying, reportedly drove away after being pulled over and initiated a pursuit with state police in multiple counties. Ultimately, the chase ended with officers finding a deceased woman in the backseat of the car.

On January 18th, a Kentucky state trooper activated his siren and flashed the emergency lights. The driver of the vehicle first stopped but then, according to police reports, sped away. The driver, identified as Reed, continued on southbound I-75 at an excessive speed.

When searching Reed’s SUV, authorities found Carder’s corpse in a plastic container. Reports indicate that Carder’s face had trauma, and her body had sustained additional wounds, with signs of an edged weapon having been used, as reported by WKYT.

David Maurice Reed, aged 54, was arrested on Wednesday and charged with several felonies, including homicide due to domestic violence, altering physical evidence, using a corpse, and fleeing or evading the police in the first degree.

To bring the pursuit to a halt, troopers reported that they performed an intervention maneuver that disabled Reed’s car close to the 45-mile marker on I-75 in Laurel County. After the car had stopped, the police captured Reed without any issues before they made an appalling discovery.

Carder’s body was transported to the Kentucky State Medical Examiner’s Office in Frankfort, where an autopsy was planned to take place on Thursday. Officials stated they are still uncertain about which county or state Carder died in.

Reed is incarcerated at the Laurel County Correctional Center with a cash bond of two million dollars.