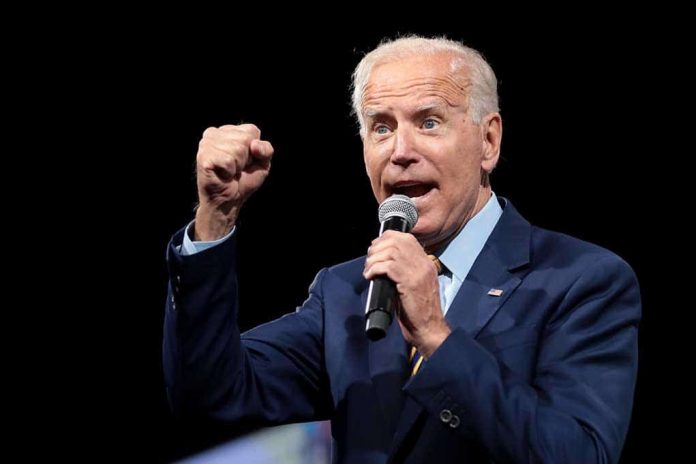 (TheDailyHorn.com) – President Joe Biden doesn’t look anything like the moderate uniter he promised he would be. The president is going so far left that he’s drawing praise from the socialist wing of the Democratic Party.

Democratic Rep. Alexandria Ocasio-Cortez (D-NY) praised Biden for not appealing to conservatives, as she feared the new administration might. In fact, she said his efforts to work with progressives in his first 100 days were “impressive” and that he overcame many of the left’s concerns.

AOC wasn’t alone. Sen. Bernie Sanders (I-VT) said Biden’s environmental proposals and initiatives are an excellent first step. Sanders knows that the GOP is wholly opposed to the left’s radical agenda. He believes that in order to get as much of their legislation through as possible, the Democrats should continue to use the reconciliation process in the Senate if Republicans don’t give them the votes. Recently, the Senate parliamentarian gave Democrats the green light to open previous reconciliation bills and revise them.

While much of the left’s agenda can’t get through the evenly divided Senate, even with reconciliation, it’s expected that Biden will use executive orders to push through socialist reforms without any support from the GOP.