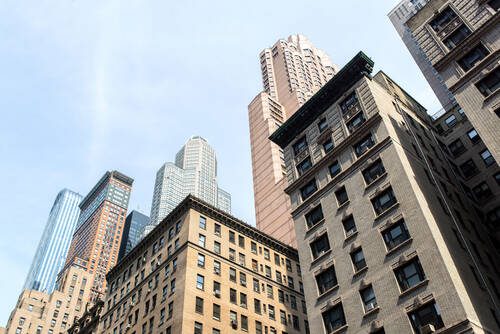 A teenage girl jumped to her death from the top of an Upper East Side apartment building on Sunday afternoon, police said.

As reported by the NY Post, the 17-year-old girl jumped from the eighth floor of 122 East 82nd St. around 12:54 p.m. according to cops. Shortly after that, she was pronounced dead.

The identity of the girl has yet to be released.

“I was coming out of my apartment, and there were three ambulances on the block,” one neighbor told the outlet. “It’s horrible. It’s absolutely horrendous.”

The Daily Mail UK reported that the building the girl jumped from was built in 1912. It is a nine-story building with 34 units and was converted in 1983 into a cooperative. The high end building features multiple amenities including a full-time doorman, a live-in superintendent, and a central laundry.

Several stories have made headlines in recent months reporting of individuals jumping to their death.

On Tuesday January 10, a New York Police officer made the leap from the roof of a Queens building tragically ending his life. His body was found just before 12:30 p.m., shortly after he jumped from the LeKrak City Apartments in Elmhurst. The officer, identified as Steven Hernandez, was a father of two. It is reported that he had just left an appointment with the department psychiatrist before falling to his death.

In September, the CEO of Bed Bath & Beyond jumped to his death from a high-rise apartment in Manhattan. New York City Police Department identified him as Gustavo Arnal. According to police, he died after jumping from his high-rise apartment on the 18th-floor balcony. His death came after trouble hit his company. Bed Bath & Beyond was facing lawsuits and trouble financially.

If you or someone you love suffer from depression and need help, call the National Suicide Prevention Hotline at 1-800-273-8255.