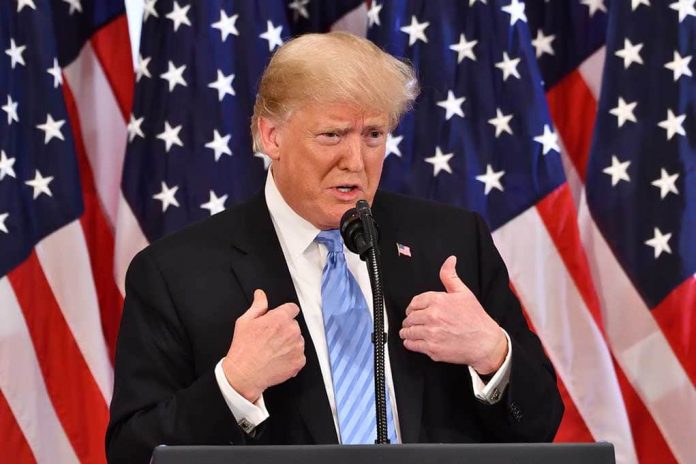 (TheDailyHorn.com) – Former President Trump and Georgia Republican Gov. Brian Kemp developed a strained relationship after the 2020 general election. Trump was the first Republican president in 30 years to lose in Georgia. He blamed it on election fraud and pointed much of his criticism at the Georgian governor.

The former president tried several times to persuade Kemp to fight for his re-election. However, Kemp refused to get involved, claiming it was out of his control. Despite their differences, Kemp says he’ll support Trump in 2024 if he runs again and wins the nomination.

Trump repeatedly attacked Brian Kemp for not working to overturn the election results for him, called for his resignation and even gave a speech in Georgia saying he'd campaign against him, but here's Kemp just now on Fox News saying he'd support Trump in 2024 anyway pic.twitter.com/NN5z9aYalr

Like other Republicans, Kemp isn’t saying he’ll support the former president in a primary. However, if he wins, the governor said he would fully get behind Trump in the presidential election. He added that Trump deserves “a lot of credit” and emphasized that he isn’t going away. Regardless, Trump recently doubled down on Kemp and said he isn’t effective for the GOP.

2024 is a long time away. Trump is suggesting he may run but has not committed at this point.