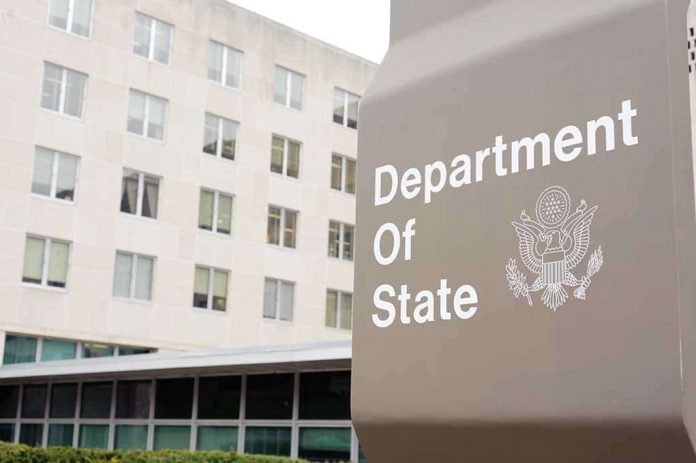 (TheDailyHorn.com) – In 2010, then-President Barack Obama was in a rush to scale down military activity in Iraq. A campaign promise to end the wars in the Middle East largely drove this reckless decision. By 2011, Obama had lost many of the military gains made over the previous decade. The pullout created a vacuum for extremist groups to exploit in the wake of the US military’s withdrawal. Now Joe Biden is president, could it happen again?

On Monday, June 28, Secretary of State Antony Blinken met with the 83-member Global Coalition to Defeat ISIS in Rome. He stressed that the nations present must all stay committed to ensuring ISIS doesn’t regain its influence and cause havoc in the region. The US currently intends to withdraw all soldiers from Afghanistan by September 11.

Could the US Create Another Vacuum & Allow Extremism to Rise?

Many are expressing concerns that the US could create another nightmare situation similar to what we saw in 2010. If America pulls out of Afghanistan completely, the Taliban and other extremist groups could quickly start to grow.

The coalition also spent time discussing how to keep ISIS at bay and prevent the group from growing again. The terrorist outfit is still a severe threat in Iraq and Syria and is increasing in parts of Africa.

Blinken warned that ISIS groups are still attempting large-scale attacks despite the crushing defeat they suffered in 2017. In a rare turn of events, Blinken seemed to compliment the Trump administration’s efforts. He cautioned that US allies must remain vigilant and committed to stabilizing the region like the Trump administration was in dismantling ISIS.

To combat ISIS’ recruiting influence in Africa, the Secretary said the coalition needed to work to deny ISIS recruits by “undermining its brand” and creating compelling online narratives.

Additionally, Blinken requested that countries bring home citizens who fought alongside ISIS in Syria. Where appropriate, he encouraged the countries to “repatriate, rehabilitate, and where applicable, prosecute their citizens.” Approximately 10,000 ISIS fighters are detained in Syria. The Secretary of State said this situation is “untenable.”

As part of the fight against ISIS recruitment, Blinken announced a US plan to provide $436 million in humanitarian aid to support Syrian refugees. That would bring the total US humanitarian response in the war-torn nation to nearly $13.5 billion since 2011. The goal is to empower the international community to protect refugees from ISIS in areas overrun by the terrorist group and prosecute thousands of ISIS fighters.